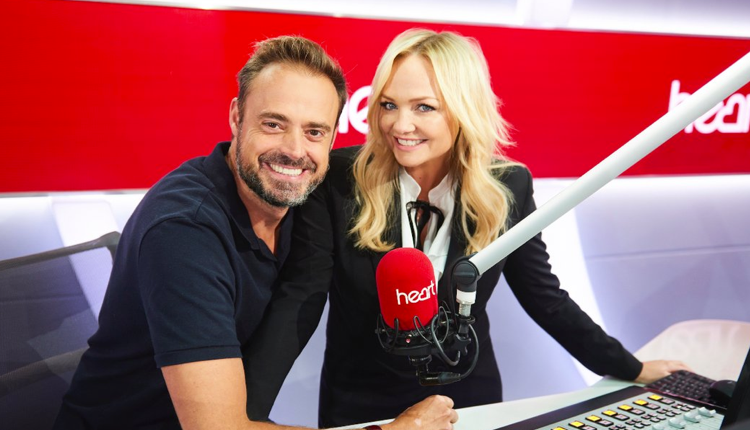 Heart Breakfast co-presenter Emma Bunton has announced she will be stepping down from the daily show whilst on tour with the Spice Girls next year.

On the programme this morning (Monday), Emma confirmed said she won’t be on the programme next year to focus on the reunion tour, her family and other exciting projects, saying it was the hardest thing she’s ever had to do.

Emma will still be on-air each Sunday evening from 7pm till 10pm as normal across the Heart network.

Her work on Heart began in 2009 when she was a guest co-host with Jamie, before hosting a weekend show. Maternity cover was provided by Emma for Harriet Scott in 2011 before she went full time in 2013.

“It’s the hardest thing I’ve ever had to do”. Big news from @EmmaBunton on @thisisheart this morning! pic.twitter.com/gA1guoCYjn

Emma Bunton: “Wow. What an awesome five years I’ve had presenting Heart Breakfast with the incredible Jamie Theakston. I can truthfully say that I’ve laughed my head off every single day.

“It’s with a heavy heart that I say farewell to Heart Breakfast listeners, but I’m hoping some of them will be able to join me for my Sunday show. Plus, Jamie’s made me promise to call-in to him on the breakfast show with ‘Spice-y news’ and other updates, which of course I will! It has been an enormous pleasure to work with such a lovely bunch of people on breakfast, but I won’t be far away and will remain a firm part of the Heart and Global family!”

Emma’s last breakfast show will be on Friday 14th December from 6am – 9am.

No replacement details have been announced so far.

Good luck to @EmmaBunton who is taking a break from @thisisheart London Breakfast to focus on the @SpiceGirls​ reunion tour, her family & other exciting projects. Power to the World! You can still hear Emma every Sunday, 7–10pm with her favourite feel good tunes! #weloveyouemma