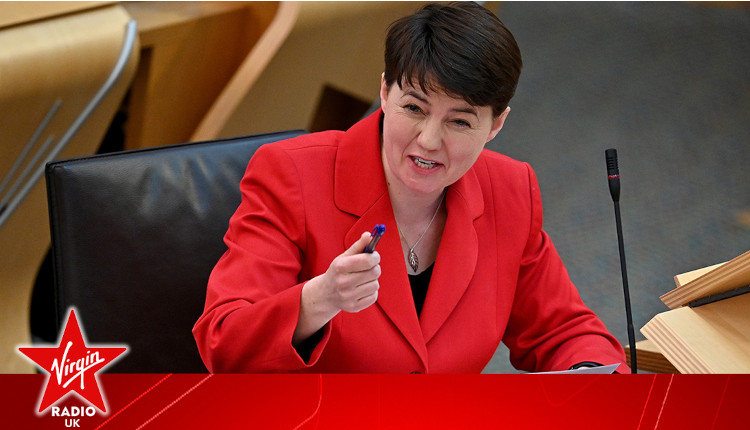 The former Leader of the Scottish Conservative Party, Ruth Davidson, appeared on the Chris Evans Breakfast Show with Sky this morning to talk about joining Times Radio to present the Friday afternoon show.

Ruth will host a weekly show, between 1-4pm, starting this Friday (18 February). She told Chris that the move represents a return to her roots: “It feels great to be back on the radio, because it’s what I used to do for a job before I was a politician,” she said.

“I started out as a newsreader in my local radio station, and then kind of went to regional, and then national, and then did the BBC for a bit, and used to do news and current affairs, so, yeah, it’s going to be nice to be back behind the mic.”

Explaining what listeners can expect from her show, Ruth said: “We are making a virtue of the fact that you are clock-watching on a Friday afternoon. There’s plenty of news that’s still happening, so we’ll absolutely, if we need to, rip up a running order and fly to our correspondent in Kabul, or go to the House of Commons or whatever, if something’s happening, but also, we know that people are looking forward to the weekend on a Friday.

“So, as well as all the news and a bit of background, and a bit of analysis about what’s happened in the week, and kind of looking behind the curtain about why stuff has happened, and maybe using my experience to have a broader discussion about what happens next or who’s the next person that’s going to do something, we’re also looking forward, and not everything’s about news.

Ruth joined the Scottish Parliament in 2011 and, later that same year, became leader of the Scottish Conservatives. She told Chris: “I joined the Tories on the day I put in my voluntary redundancy at the BBC, and then I had a couple of elections where I didn’t get elected, because it’s quite hard, or it was at the time, to get elected as a Tory in Scotland.

“Then when I did get elected, on my first day in parliament, my leader resigned, and through a complex set of stuff that happened, I ended up throwing my hat in the ring, and became leader within six months of becoming a politician.”

“You don’t have to understand the intricacies of policy to know if someone’s lying to you, frankly!”

Now Ruth has come full-circle with a return to radio, at Times Radio. She said: “There is something about radio that is so much more immediate and personal and intimate than television, and I did a wee bit of telly, when I started in radio, I spent ages wanting to get into telly, did a bit of telly, and immediately wanted to get back into radio, because it wasn’t as much fun and wasn’t the same relationship with the audience.” She added: “Sometimes you get to do something for you. I’m doing this for me, because I want to do this. And it’s really nice to be able to say that after so long.”