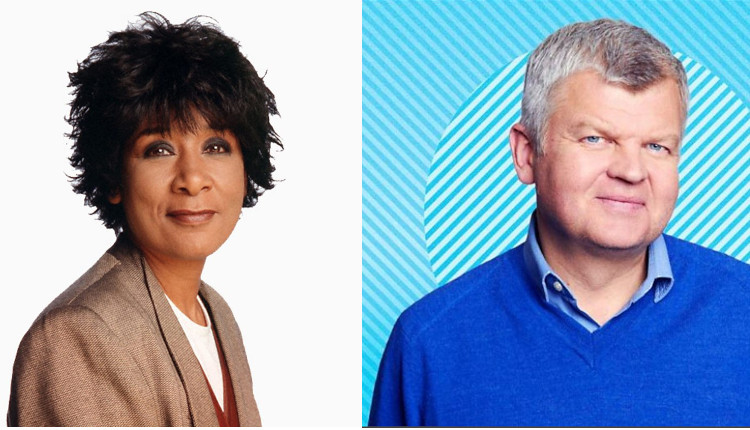 All six celebrities for the Strictly Christmas special 2021 have been announced and among them are two radio presenters.

Strictly Come Dancing returns to the Ballroom for an all-star Christmas special as six brand new celebrity contestants take to the floor in a bid to be crowned Christmas Champion 2021.

Each of the six couples will perform a Christmas inspired routine with the hope of impressing the judges, Craig Revel Horwood, Motsi Mabuse, Anton Du Beke, Head Judge Shirley Ballas, and the voting audience.

Moira Stuart OBE was the fourth contestant to be revealed and Adrian Chiles was the sixth to be confirmed.

Moira Stuart is a multi-award-winning newsreader, and programme presenter on TV and radio. She joined Classic FM in February 2019 where she hosts Moira Stuart Meets… and Moira Stuart’s Hall of Fame Concert.

Her career in radio and television spans five decades. During more than 40 years at the BBC she presented almost every news bulletin, including the flagship Six O’Clock News and Nine O’Clock News, various programmes and documentaries, as well as news bulletins on the BBC Radio 2 Chris Evans Breakfast Show.

Moira says: “I’m really looking forward to the Strictly Christmas special. I’ve loved dancing for as long as I can remember. In fact it even helped me try to keep warm in my early coldwater flat…”

Adrian Chiles has been with BBC Radio 5 Live for many years presenting different shows and currently hosts Chiles on Friday each week 11am-1pm. He has also presented a number of TV shows across the BBC and ITV ranging from football to business programming, documentaries to talk shows.

Adrian said: “Discouragingly, every one of my family and friends with whom I’ve shared this news, has reacted with horror. They can’t believe it I’m doing it, and neither can I. Thoughts and prayers with whichever poor dancer is lumbered with me.”

Strictly Come Dancing Christmas special will air on BBC One on Christmas Day.