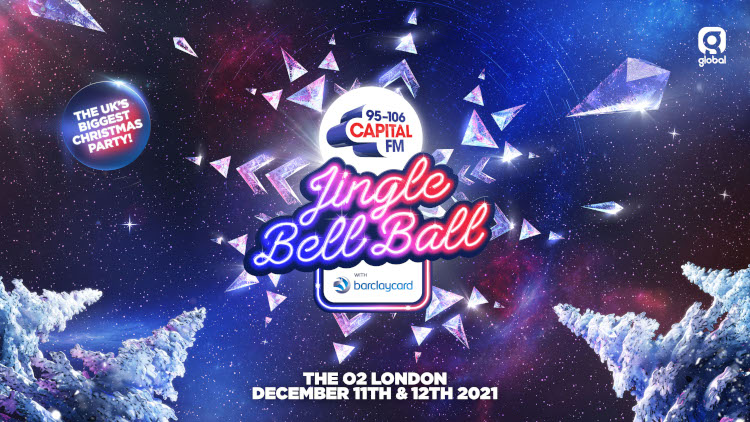 Capital’s Jingle Bell Ball, with Barclaycard is back for a two-day extravaganza across the weekend of Saturday 11 and Sunday 12 December at The O2, London.

The line-up was revealed live on Capital Breakfast by hosts Roman Kemp, Sonny Jay and Sian Welby today, for what will be the first multi-artist concert at the venue since the pandemic began.

In an exclusive for Capital listeners, Grammy Award-winning global megastar Justin Bieber will make a long-awaited return to play at Capital’s Jingle Bell Ball, which will also be his only live show for fans in Europe this year, and his first major performance in the UK since 2017.

Artists who are playing night two (Sunday 12 December) of the event will be revealed live on Capital Breakfast with Roman Kemp, tomorrow (Thursday) from 8am.

Tickets go on general sale at 9am on Friday exclusively on GlobalPlayer. Capital VIPs and Barclaycard customers have early access to tickets via an exclusive pre-sale from 9:30am tomorrow.

“With global superstars and some of the hottest UK talent set to play the Ball this Christmas, we have another phenomenal weekend of live performances in store. We have more huge acts still to reveal on Capital Breakfast with Roman Kemp tomorrow so make sure you tune in!”