Absolute Radio to present Inhaler live at the 100 Club 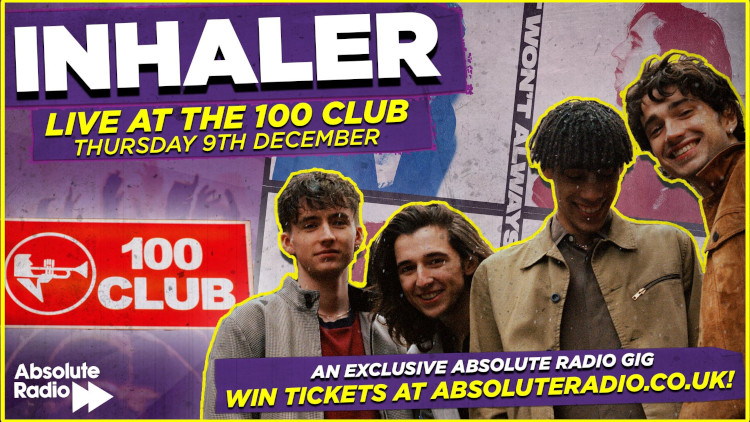 Absolute Radio is to present Inhaler live at the legendary 100 Club on Thursday 9 December.

Originating from Dublin, Irish rock band Inhaler is one of the most exciting new bands to emerge over the last couple of years. The band consisting of singer and guitarist Eli Hewson, bassist Robert Keating, guitarist Josh Jenkinson and drummer Ryan McMahon released their debut no.1 album ‘It Won’t Always Be Like This’ earlier this year, after previously completing a sold-out UK tour.

Talking about the upcoming gig Eli Hewson commented: “We are excited to play one more show in the UK before the year is out. Our audiences have been so energetic over there, so it’s great to be able to take our band to the legendary 100 Club. Massive thanks to Absolute Radio for setting it up.”

Tickets for this one-off free event at London’s iconic 100 Club are strictly limited and can only be won via the Absolute Radio website.

Hosted by Absolute Radio presenter Danielle Perry, the gig will be broadcast in a special programme across Absolute Radio on the 16 December, alongside an exclusive interview with the band.

Further details on the gig and about winnig tickets can be found at the Absolute Radio website.