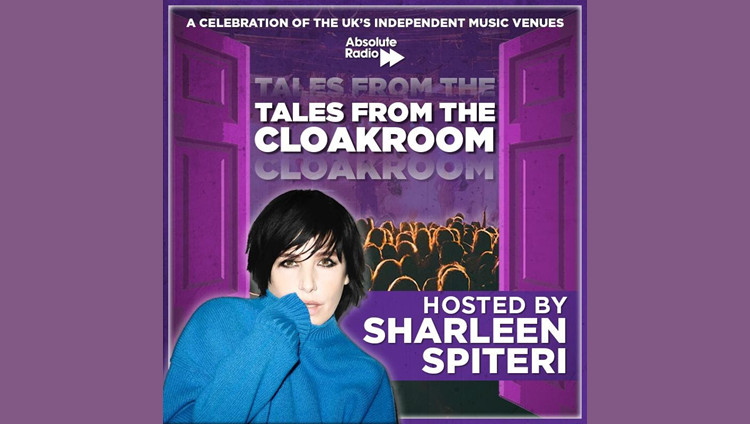 Sharleen Spiteri is to host a new documentary series for Absolute Radio which will be available to listen on the station’s app before it’s broadcast on air.

As live music venues around the UK begin to reopen, Tales from the Cloakroom looks at some of the UK’s best-loved music venues, with all six parts of  the series available to listen to in the free Absolute Radio mobile app from 11 June. The first episode of the series will broadcast on air from Sunday 13 June at 8pm, with each episode following weekly.

The documentary goes behind the curtain to hear intimate stories and unique moments from the perspectives of people who have worked and played there.

Each episode looks at a new location, exploring how the venue began, the pivotal moments in its history and the legacy that it now holds.

The six venues in the series are the 100 Club, King Tuts, Night & Day, Leadmill, Brudenell Social Club and Clwb Ifor Bach. Each representing an important part of the UK’s live music industry.

Sharleen Spiteri commented: “The UK’s independent music venues are the lifeblood of an industry that I’ve proudly been a part of for over 30 years.

“To host this special series for Absolute Radio and to bring to life the history and heritage of each location will be a real honour.

“Grassroots venues have helped shape the music scene that we know and love today, and I can’t wait to celebrate them with you.”

Absolute Radio content director Paul Sylvester added: “We have to realise that audiences want to binge content they love and don’t always want to wait a week to hear the next episode of a series that they’re enjoying.

“We’ve seen this in television and now we’re applying the same model to Absolute Radio’s latest documentary series which we think will be a compelling listen for people.”