Chris Evans asks if Graham Norton will be hungover for his Virgin Radio show after Eurovision? 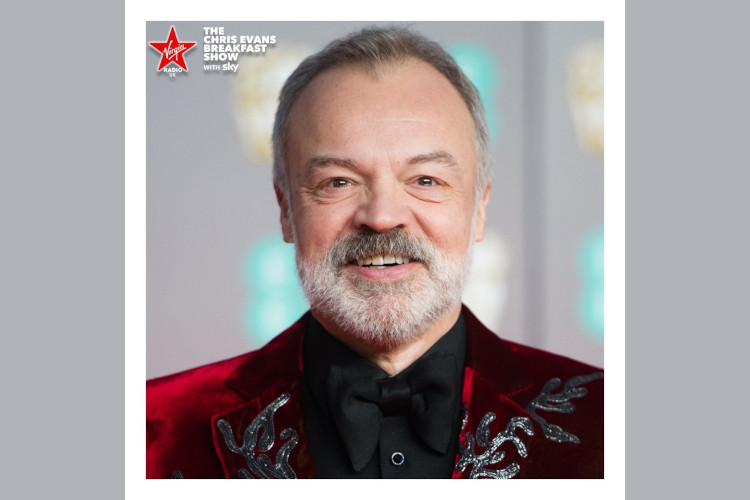 Graham Norton joined the Chris Evans Breakfast Show with Sky this morning to talk about tomorrow night’s Eurovision Grand Final, and about hosting his Virgin Radio show from his hotel room in the Netherlands this weekend – possibly with a hangover!

“At about 12 o’clock, I’ll head over and we see the first kind of stagger-through rehearsals,” Graham told Chris, “Then, because it’s 2021, there are a bunch of Covid tests to be done,” he added.

This will then be followed by what he called “the second stagger-through” and tomorrow he’ll do his Virgin Radio show from his hotel. “Then there will be the final dress rehearsals, and then whatever happens on the night happens on the night!” he said.

Graham explained that there is some tension in the air around the contest after Iceland tested positive for Corona. Also, [2019 winner] Duncan Laurence was set to do all his new music and be the star of the grand final, but he’s tested positive too, so he won’t be there.

“So, there is a slight kind of tremor where we’re thinking, ‘If people start dropping like flies, what’s going to be left for the Grand Final?’ But fingers crossed,” Graham added cautiously.

Chris questioned whether Graham might end up presenting his Virgin Radio show on Sunday with something of a hangover?

“You’d think it would be like those shows they do on Radio 1 after The Brits – it won’t,” Graham answered, “I think this is going to be my first dry Eurovision. There’s no booze post 8pm anywhere. It’s going to be a shockingly dry Eurovision! Relax, everyone at Virgin. Something is going to happen on Sunday, and I will probably sound annoyed, rather than hungover!”

Graham says he’d like France to win because he likes their song and they haven’t won since 1977 (he thinks), although he reckons San Marino is a bit of a dark horse, but he thinks Malta or Italy will probably win.

He told Chris: “Maybe it’s because I haven’t seen a Eurovision for two years, but it does seem more brilliantly Billy bonkers and Eurovision-y than it has in a long time. There are some really woeful acts! You’ll enjoy it.”

The Chris Evans Virgin Radio Breakfast show with Sky, weekdays from 6:30am.