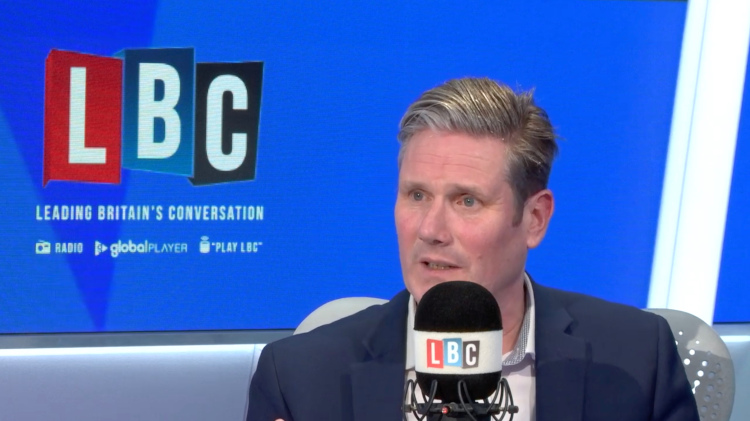 Sir Keir Starmer, Leader of the Labour Party, is joining LBC to host his own monthly, half-hour phone-in, launching on Monday 8 June at 9am.

Starmer will be the first Leader of the Opposition to host a regular phone-in on UK radio. “Call Keir” will take place on Nick Ferrari at Breakfast.

Each month, the Labour Leader will be challenged and questioned by LBC’s listeners across the UK on the big issues that matter to them.

He’ll be following in the footsteps of other political leaders who have sat in the LBC hot seat. They include Prime Minister Boris Johnson, who hosted a monthly phone-in when he was Mayor of London, as well as the former Deputy Prime Minister Nick Clegg, who took part in a weekly programme – the first time that a senior member of Government faced the public on a radio show each week about the decisions being made in Downing Street.

LBC is currently enjoying record-breaking audience figures with 2.8 million people tuning in each week. It’s the highest audience in the station’s 47-year history.

Speaking about his new phone-in, Sir Keir Starmer said: “I’m very conscious that one of my first jobs is to rebuild trust in the Labour Party with the public.

“The best way of doing that is to listen to the public and to LBC’s listeners and hear what they’ve got to say.

“What I always get from these phone-ins is a real sense of what matters to people. Having people on, telling me what they think, is the only way to gauge what people think and to hear what their real concerns are. I’m looking forward to it.”