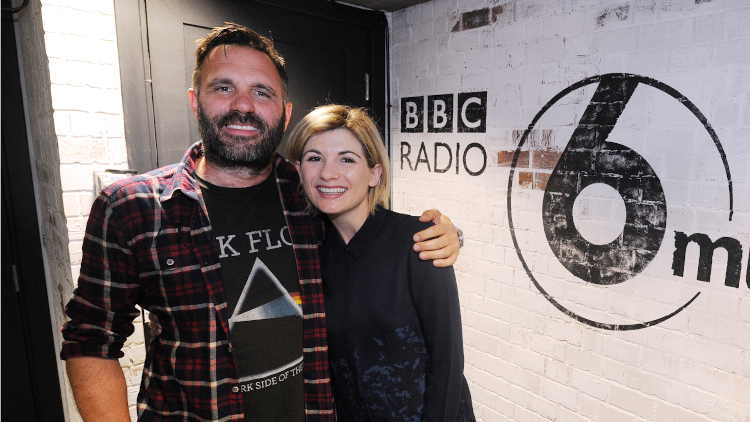 This morning on her BBC Radio 6 Music breakfast show, Lauren Laverne announced more 6 Music Festival By Day events, which takes place on Saturday 7 and Sunday 8 March at FEST Camden, as part of this year’s festival.

The day-time line-up will include Jehnny Beth, JJ Burnel, Madness and Tony Visconti at the FEST, featuring panel and Q&A sessions, poetry, live music and more.

Shaun Keaveny will broadcast his show live from the 6 Music Festival By Day at Dingwalls on Saturday 7 March. Doctor Who actor Jodie Whittaker will join Shaun to report on all the action from the first day at the festival.

Jodie Whittaker says: “I’m so excited to be getting back on air with Shaun. I’m a massive fan of 6 Music and having the opportunity to present a show once again on the station is always a dream come true.

“It’s an incredible line up and I’m personally so excited to see Róisín Murphy & Brittany Howard to name but a few!”

Also on the Saturday, Liz Kershaw will be talking to producer Tony Visconti and Stranglers bassist, JJ Burnell about the music legacy of Camden. Three-time Grammy award winning pianist and producer Robert Glasper will be in conversation with Giles Peterson and Madness join Gideon Coe to talk about their personal connection to Camden.

On the Sunday there’ll be a discussion between Mary Anne Hobbs and Jehnny Beth on forming an artistic identity. There will be a performance from the Roundhouse Choir, which will be followed by a live broadcast of Radcliffe and Maconie’s ‘Crisps on the Radio’ and Steve Lamacq hosting a Pub Quiz with Kate Puckrik and Blur’s Dave Rowntree as team captains.

The festival will mark International Women’s Day on the Sunday with an all-female line-up of artists including Nadine Shah, Jehnny Beth, Anna Meredith, Kim Gordon and Kate Tempest performing at the Roundhouse that evening.

Tickets for Saturday and Sunday By Day at FEST go on sale this Friday (7 February) at 10am. Full details, plus terms and conditions can be found on the 6 Music website.

As revealed by @laurenlaverne on-air this morning, here's a thread with a guide of what you can expect at our by-day, in conversation bit of the 6 Music festival…