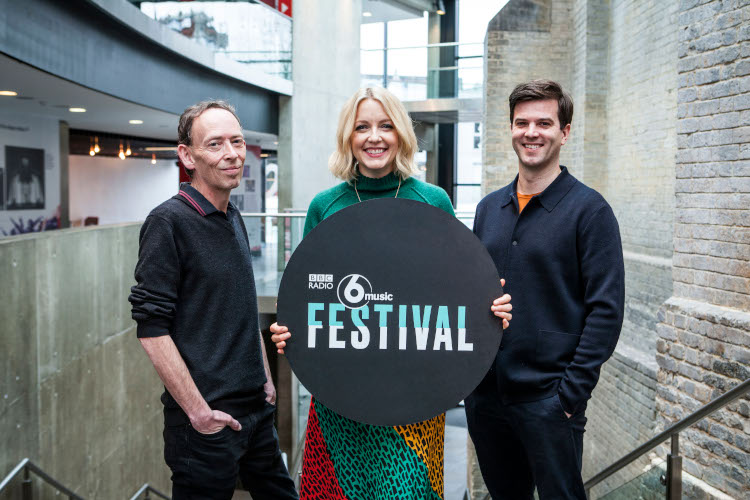 Lauren Laverne and Mary Anne Hobbs revealed the details and line-up of the 6 Music Festival 2020 this morning on the station.

Across the weekend, the live music along with Q & A sessions, DJ sets and more will take place at some of Camden’s most popular venues: Roundhouse (main space & Sackler space), FEST Camden, Dingwalls and Electric Ballroom.

Lauren Laverne says: “It’s a fantastic line-up in a brilliant location. I can’t wait to see the artists behind some of my favourite records of the past year – Brittany Howard, Michael Kiwanuka and Kate Tempest – as well as some of the brightest hopes for 2020 like Squid and The Orielles.”

Mary Anne Hobbs says: “Super-hot line-up in 2020, personally I’m excited to be DJing before Mike Skinner at Dingwalls. I’d always love to read the graffiti on the walls of the ladies loos, back in the 80s, it was just as pointed as the NME.”

Steve Lamacq will broadcast his show live from Dingwalls on Thursday 5 March, including a special festival edition of Roundtable and a 6 Music Recommends night will follow, showcasing a selection of the stations favourite new music finds including Girl Band, Pongo and Ghum.

Full details including the artists performing By Day, By Night and at 6 Music Festival Late for each venue can be found on the 6 Music website.

Joining us for the 6 Music Festival 2020 will be @michaelkiwanuka @roisinmurphy @katetempest and many more of our favourite acts.

? Tickets on sale Friday at 10am.
? More info https://t.co/Dd2jiILcDV pic.twitter.com/P6RLPMZjL6