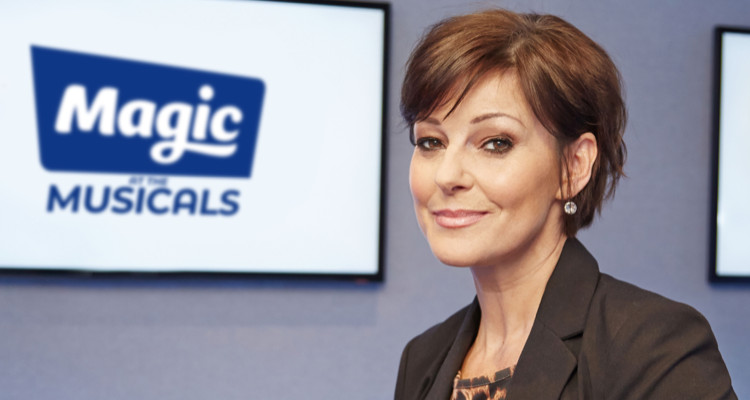 If you love music from musicals, then Magic at the Musicals will be music to your ears.

The brand-new station will be available on DAB+ in the London area from Thursday 21 November. West End veteran Ruthie Henshall (Chicago, Cats) and Olivier Award winning actor Jonathan Bailey (Broadchurch, Doctor Who, W1A, Company) will be among the presenters on the station.

Others include Louise Dearman (Wicked) John Owen-Jones (The Phantom of the Opera), alongside Julian Bird (CEO of SOLT and UK Theatre) and special shows from Luke Evans (film: Beauty and the Beast, Clash of the Titans; Stage: Rent, Miss Saigon), Alfie Boe (Les Miserables).

Magic at the Musicals will play songs from the best musicals such as And I Am Telling You from Dreamgirls and Defying Gravity from Wicked alongside classics such as Cats’ Memory and Les Misérables’ Bring Him Home. Plus, musicals from Mamma Mia! to The Greatest Showman and the vintage Singin’ in the Rain.

Commenting on the launch, presenter Ruthie Henshall said, “The station’s name is derived from our hugely successful Magic at the Musicals show which is in its 5th year at the Royal Albert Hall. From a vibrant theatre and cinema scene there’s never been a better time to bring this much-loved genre to the masses. We’ll be proudly broadcasting songs from the shows directly into households across the country. Singing out loud optional!”

Magic at the Musicals is a new radio station, taking to the airwaves on Thursday 21st November!

The weekday schedule includes Backstage at 11am introduced by Alice Arnold hearing from a star of the stage. At 2pm Matinee introduced by Tom Chambers with two songs from one of the ‘Golden Oldie’ Musicals. Curtain Up at 7pm features various West End performers choosing their favourite songs from the Musicals. In Curtain Call at 10.30pm, the station will play the finale number from a show.

Weekends include Stage Door with Ruthie Henshall letting us into the world of theatre behind the scenes.

Limelight will be one-hour specials, beginning with Luke Evans, Ball and Boe and Patricia Kelly (wife of Gene).

Green Room with Julian Bird, Chief Executive of the Society of London Theatre, will have news from the world of theatre.

Take Your Seats Please! will feature big names from the world of theatre talking us through the Soundtrack to one of their favourite musicals. The first shows will be from Theatre legends John Owen Jones and Louise Dearman.

In addition to being available on DAB+ in London and the East and South East of England, Magic at the Musicals will also be available across the UK online, via listen apps and smart speakers.