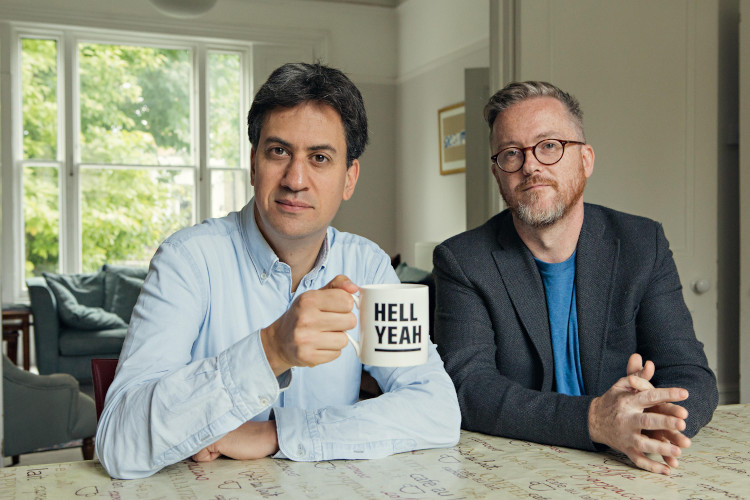 In the last in the current series, which will be aired this Saturday, Ed Miliband turns the tables and steps into Lloyd’s shoes, with Lloyd himself becoming the interview subject at Miliband’s mercy.

Ed is no stranger to the world of broadcasting and knows Geoff well. They host a podcast, Reasons to be Cheerful together, which was recently nominated for a Broadcasting Press Guild Award.

The interview shows that Ed and Geoff get on well with Miliband likening his radio takeover to a military coup, singing lines from the famous Buggles’ hit Video Killed the Radio Star, and quizzing Lloyd about the fact that his mum was still doing his laundry for him at the age of 27.

You can hear Ed Miliband turning the tables on Geoff Lloyd’s Hometown Glory at 11am this Saturday 13 July on Union JACK Radio and available as a podcast afterwards.