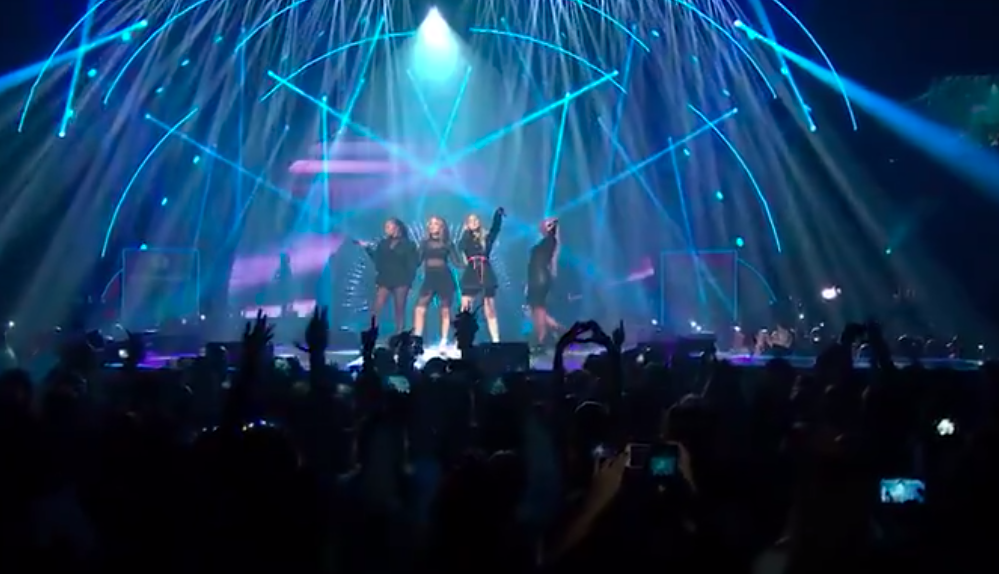 The gig took place at the SSE Wembley Arena, with Gemma Collins also making a return to the stage.

Essex personality Gemma Collins made her return to Radio 1’s Teen Awards, re-enacting last year’s viral moment which can be seen in full via Radio 1’s social and YouTube channels.

The awards were voted for by Radio 1 listeners. This year’s full list of winners are:

Most Entertaining Celeb
Cardi B

Now in its ninth year, Radio 1’s Teen Awards – the biggest event in the teen calendar – saw the likes of Little Mix, 5 Seconds of Summer, Not3s and Mabel, Jonas Blue featuring Liam Payne and Jack & Jack, Sigrid and HRVY performance in front of an energetic 10,000 strong crowd of 14-17 year olds.

The ceremony also saw a host of names from across the world of music, entertainment and sport including Zara Larsson, Mandip Gill (Doctor Who), Jermaine Jenas, Dani Dyer and the cast of Love Island gather to present awards.

At the heart of the Radio 1 Teen Awards are the teen heroes who are celebrated each year for their inspirational stories and incredible achievements.

The three deserved winners this year included: 16 year old Sienna who has autism, dyslexia, dyspraxia and ADHD and has not only created a mentoring system to support students also with learning difficulties but continues to work with charities to support young people and raise awareness of disability based bullying.

14 year old Lily who despite being in a wheelchair, has become involved in wheelchair motocross (WCMC) leading her to be the first female in Europe and the second female in the world to perform a wheelchair backflip, through her passion of the sport, she has been able to help other young children get involved.

The third teen hero is 14 year old Junior, the current UK Freestyle Dance Champion. From the age of six, he was bullied for being a male dancer, forcing him to move house and school, this has led him to set up his own anti-bullying social media campaign #BoysCanDance, raising over £300,000 for charities and helping other young people stand up to bullies and be themselves.

Highlights from the Radio 1 Teen Awards are available on BBC Radio 1’s iPlayer and YouTube channel.