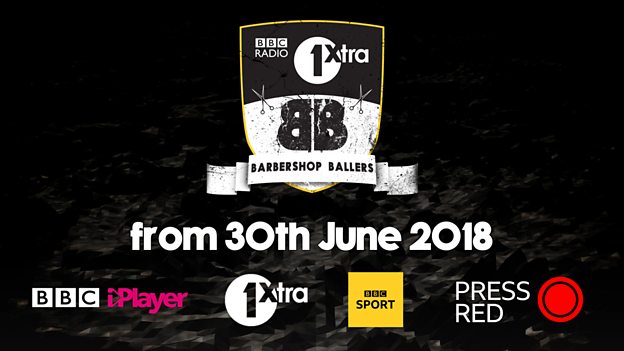 Starting this Saturday 30 June, the nine editions of the 30-minute series will see Nick and guests give their alternative take on all the 2018 World Cup action – live from the barbershop in London.

Bringing together the world of sport, music and entertainment, Nick Bright will watch and analyse the action alongside special guests including Big Shaq, Kurupt FM, Dotty and many more. The show will be streamed live from a barbershop and will follow every live BBC game from the knock-out stages of the competition onwards, including the final on July 15.

Viewers can expect a mix of entertaining observations, tekkers and rhymes as the World Cup action unfolds ensuring that no highlights are missed.

The show will be available live by pressing Red on Connected TV after the BBC TV coverage, and via 1Xtra and BBC Sport online. It will also be available on BBC iPlayer.

Nick Bright says: “I’m so excited to be presenting such an exciting and innovative show. Barbershop Ballers is going to bring those mad football conversations with your mates to the telly. The guests set to hit the shop will have Harry Kane and the boys wishing they were with us instead… maybe not.”

Mark Strippel, Head of Programmes, BBC Radio 1Xtra says: “1Xtra’s music and culture is the soundtrack to a new generation of football superstars, and this truly innovative collaboration with BBC Sport brings both worlds together for our audiences.”

Sharon Fuller, Live Streaming Editor, BBC Sport, says: “The relationship between BBC Sport and BBC 1Xtra continues to go from strength to strength. Barbershop Ballers have grown from a collaborative partnership with the shared aim of bringing entertaining World Cup content to new audiences across the BBC.”