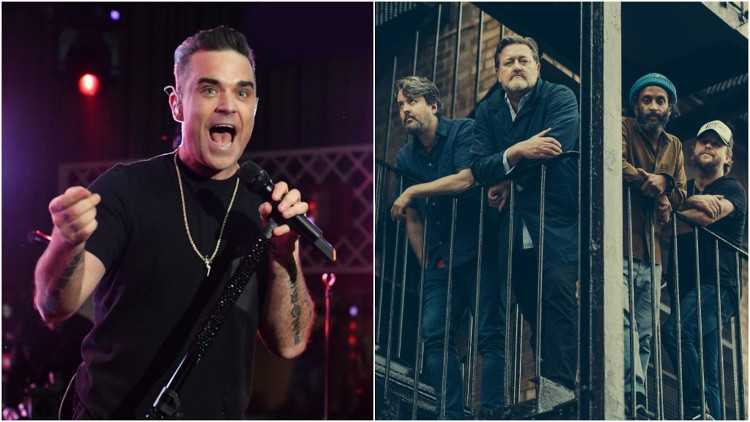 It was revealed by Zoe Ball in her Breakfast Show this morning that Robbie Williams and Elbow have been added to the line-up for Radio 2 Live, which takes place in Temple Newsam Park, Leeds in September.

Robbie Williams accompanied by the 56-piece BBC Concert Orchestra will headline the day on Sunday 18 September and Elbow will be performing on Saturday 17 September.

Take That’s Howard Donald will be joining the station’s presenters to perform a set in the first ever Radio 2 Live DJ Tent.

It was also announced today that there will be a Robbie Williams night on BBC Two in September featuring a newly-filmed Reel Stories presented by Dermot O’Leary and Robbie’s Radio 2 Live set in full, plus a programme featuring highlights from performances across the Radio 2 Live weekend.

Robbie Williams, who last performed for Radio 2 In Concert in November 2019, says: “I’m thrilled to be performing at Radio 2 Live at Leeds with my band and the legendary BBC Concert Orchestra in September. I’m really looking forward to seeing you all in Leeds.”

Elbow say: “Elbow has a history of great gigs in Leeds and sharing the stage with our heroes Simple Minds and Tears for Fears will turn us all back into jelly-kneed teenagers.”

Jeff Smith, Head of Music for Radio 2, says: “With Robbie Williams headlining Sunday night and Elbow joining the Saturday line-up of Radio 2 Live in Leeds – both joining what is already a stellar bill of globally-renowned artists, this is going to be a truly memorable weekend of music. Come and join us in Leeds, or if you can’t be there in person, you can see and hear the performances on Radio 2, BBC Sounds, BBC iPlayer and BBC Two.”

This will be the station’s biggest Radio 2 Live, being held over two days in front of 30,000 music fans each day in Leeds. It will be hosted by some of the station’s presenters.

The event will be broadcast live on Radio 2 and there will also be festival highlights featured across the weekend, with the full sets available to listen on BBC Sounds for 30 days.