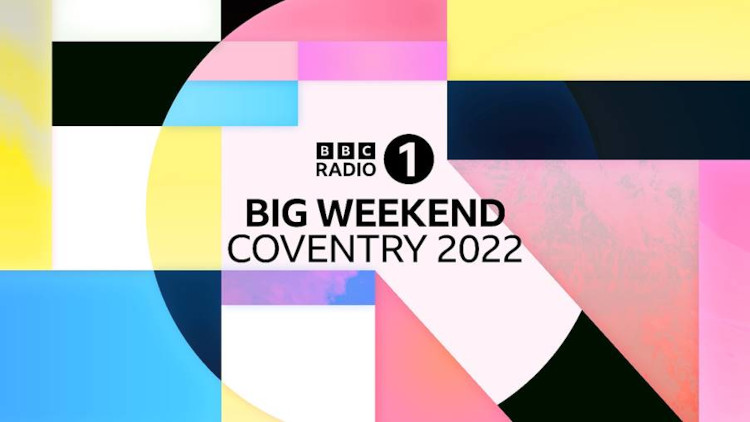 Ed Sheeran, Anne-Marie, Calvin Harris, Sigrid & KSI are some of the hottest acts set to perform on Saturday 28 May at Radio 1’s Big Weekend 2022 in Coventry.

Coventry’s War Memorial Park will play host to Radio 1’s flagship live music event with over 80,000 Radio 1 fans expected to attend the three day festival which will take place from 27–29 May 2022.

Ed Sheeran says: “I can’t wait to kick off festival season and perform in front of a live audience at Radio 1’s Big Weekend 2022 in Coventry. See you all there!”

Anne-Marie says: “Can’t wait to be back on stage in front of actual humans for Radio 1’s Big Weekend this year! The show is gonna be really special ”

Sigrid says: “I’m so excited to come back and play at Radio 1 Big Weekend! It’s not a secret that I absolutely love festivals, so this one will be special! Sick line up too, I can’t wait for the weekend!”

KSI says: “Ya boy KSI is performing at Radio 1’s Big Weekend 2022. Cannot wait to get out and perform in front of you all in Coventry. Expect all the hits and maybe even a few surprises!”

Aled Haydn Jones, Head of Radio 1 says: “We are kicking off the UK’s festival season in true Radio 1 style with an incredible line up of acts already on the bill, and more exciting names to be revealed this week. We can’t wait to bring our flagship live music event to Coventry for 2022.”

Acts joining the bill and performing on Sunday 29 May will be announced on Radio 1 Breakfast with Greg James and Radio 1’s Future Sounds with Clara Amfo this Wednesday 16 March.

Tickets for Radio 1’s Big Weekend go on sale at 8.30am this Friday, 18 March – more details can be found here.

Some #BigWeekend line-up news! Performing on the Main Stage on Saturday 28th May:

Everything you need to know about this year’s event: https://t.co/GNEZRXbbVS pic.twitter.com/uswiaDjRkJ