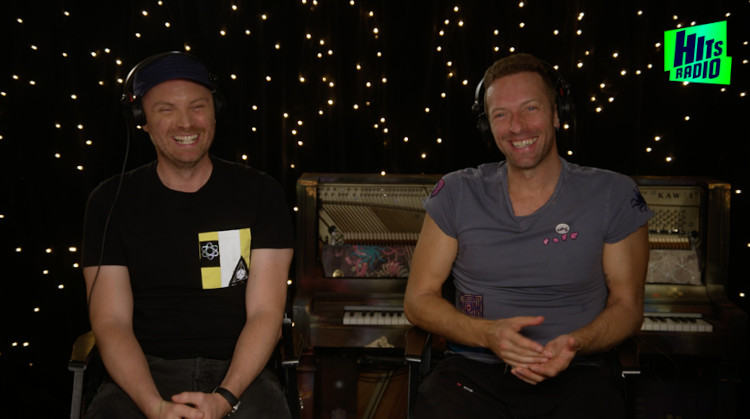 Fans at Coldplay’s comeback London gig this evening will be greeted with a familiar face after Chris Martin invited singer and Hits Radio presenter Fleur East to perform with the band.

Keeping with tradition, the band promised that they have “a couple of things going on” for this evening’s intimate gig for just 2,000 lucky fans, one of which will now include the surprise appearance of Fleur after she interviewed bandmates Chris and Jonny for Hits Radio.

Fleur let out an audible gasp saying she’d love to before asking if she was being pranked by the band. Chris confirmed it wasn’t a prank saying: “It’s for real. And do the girl’s bit? Alright, let’s do it… I’m serious Fleur because you’re brilliant so if you want to come and do it, we would love that.”

Also, in the interview which airs in full this Friday, Chris spoke about how the band’s collaboration with pop megastars BTS came about. Chris said: “It was a joy working with them. Because the song is about love that is difficult and has to overcome some boundaries, it just felt really good to be doing with a band… no one would ever put us together, those two bands. So there was the story of the song in the collaboration too.”

Continuing, Chris said “They were just really cool to work with. We love them, they’re our little brothers. When it comes to playing it live without them, then we keep a bit of them on track and I sing what I can”. He joked “I just can’t do Suga’s rap or J Hope’s rap because that’d beyond my Korean.”

Chris also shared: “My god daughter Tilly who is Simon Pegg’s daughter, she’s a massive ARMY, she’s who got me into BTS. We were talking about the rap line and the singing line. So, I said to her do you think we should ask Suga and J Hope if they want to do a rap in this song? And she said yeah definitely.”

Hits Radio is broadcasting Coldplay’s London O2 Shepherd’s Bush Empire concert, which is in celebration of their new album ‘Music of the Spheres’. Broadcast on album release day this Friday 15 October, you can hear extended highlights from the gig as well as the Coldplay interview in full from 7pm.