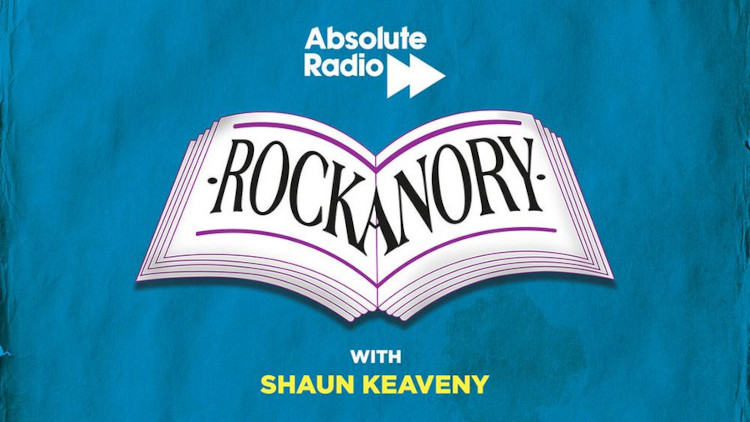 Shaun, who has been with BBC 6 Music for the last 14 years, announced back in June that he was leaving the station in September.

Each story in Rockanory is based on an apocryphal Rock n’ Roll legend and will be split across the week into 5-minute episodes. Broadcast (Monday-Thursday) at 11pm, Rockanory launches on Monday 6 September with an omnibus podcast released every Friday.

Across the series, Shaun will recount the very silly and utterly absurd fictional dramatisations of ‘Status Quo and the Kangaroo’, ‘Trying To Get Blood Out Of A Stone’, ‘Stairway to Hell’, ‘Taking Libertines’, ‘Aporkalypse Sow’ and ‘The Kiss and the Cow’.

This special six-week series has been created, written and produced by Jon Holmes at indie Unusual, based on his Amazon bestselling book ‘Rock Star Babylon’, with funding from the Audio Content Fund,

Shaun Keaveny said: “The poetical confluence of real and imagined, the nexus betwixt fantasy, fallacy and fckin silly, rock and roll myth exploder…it is an hilarious pleasure to be part of Rockanory, especially since I’m not deemed sexy enough to do the CBeebies Bedtime stories gig after Tom Hardy.”

Jon Holmes, Creator and Producer said: “To be able to bring proper, built, scripted comedy to Absolute Radio for the very first time is a dream come true. To be fair, all of my dreams involve Shaun Keaveny, but neither the Audio Content Fund nor Absolute Radio were willing to get involved in any of the others.”

Absolute Radio Content Producer Paul Sylvester added: “Absolute Radio has built its reputation as the home of comedy on commercial radio and this expansion into scripted comedy is something we’ve always wanted to do. As ever, I’m grateful to the Audio Content Fund for supporting ambitious ideas and to Jon for such a brilliant concept. Shaun was our first-choice as narrator, after years of enjoying him announce Fi and Jane on the Fortunately podcast (oh and listening to him on the radio).”