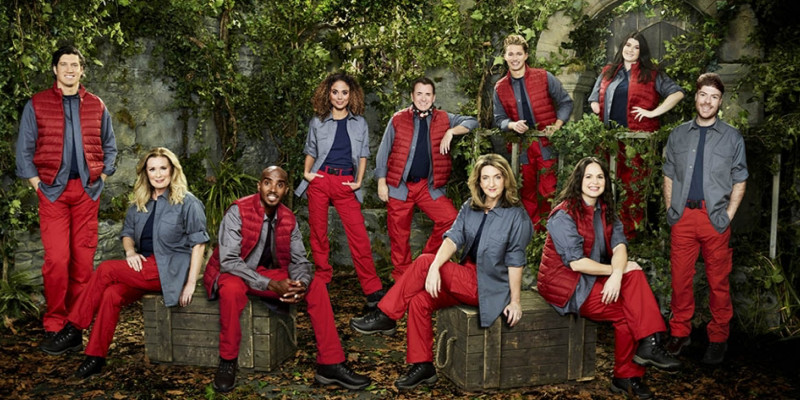 After all the rumours, the line-up for this year’s I’m A Celebrity…Get Me Out Of Here has been revealed with Vernon Kay, Victoria Derbyshire and Jordan North a part of it.

Last week The Sun reported that Radio 1’s Jordan North would be in the line-up and when he was confirmed last night, Jordan tweeted: “The Cat’s out the bag….. It’s True!!!”

He joins former Radio 1 and Radio X presenter Vernon Kay along with former 5 live host Victoria Derbyshire, who are both also TV presenters.

Vernon says: “I am hoping I can stay positive throughout it all. People will get fed up, bored and tired and I hope I can try and keep everything positive.”

Victoria comments: “This is a mad thrill adventure that I want to take part in. Because of cancer, I know more than lots of people, life is short. I am now saying ‘yes’ to stuff I wouldn’t have done previously. And if I don’t do my boys proud, I will never live it down!

Jordan adds: “With everything going on this year, people will want this show on TV more than anything. We all need it. It’s my favourite show on the telly and to be part of it is a big honour. My co-presenter at Radio 1, Emily Atack, talked so lovingly about it all and you can’t turn something like this down.”

When The Sun speculated about Jordan being in the show, his colleague and pal Greg James joked in a tweet: “If the rumours about @jordannorth1 doing I’m A Celeb are true then it’s the MOST Jordan North thing ever that he’ll miss out on going to Australia and will instead be stuck in a castle in Wales. In winter.”

Now the secret is out, Jordan thinks his fellow Radio 1 DJs will be very surprised. “I am their little brother at Radio 1,” he explains. “Greg James comes for pints with me and it just never seems real! This is the job I have always wanted and I hope they do get behind me.

“Hopefully by going on I’m a Celebrity, it will keep me on Radio 1 for a few more years too! I was a bit worried about asking for time off but my bosses have been so supportive. They were jumping for joy saying I had to do it when I told them,” he said.

Jordan, 30 has the nickname “supply teacher” at the BBC, he started as a researcher and producer at BBC Radio 5 Live while presenting on Capital North East and Capital Manchester. He then spent time at Rock FM in Lancashire before joining Radio 1.

Vernon Kay was at Radio 1 for eight years and at Radio X for two years, most recently he has been presenting Formula E motor racing.

Victoria Derbyshire worked as a reporter in local radio before joining BBC Radio 5 Live in 1998 where she worked for 16 years. She’s also well-known as a TV presenter and journalist.

This year the show will be filmed at Gwrych Castle, Abergele in North Wales rather than the Australian jungle.

Ant & Dec will host live every night on ITV from the castle and Radio 1 presenter Vick Hope will present a new show, I’m A Celebrity…The Daily Drop, dissecting all the camp activity and behind the scenes gossip.

The ten celebrities heading into the Castle for the new series are:

The show starts Sunday 15th November at 9pm on ITV.

It's true – my mum is going on #ImACeleb 🦗this year and I'm very proud of her.

p.s sorry to everyone at school who's been asking me and I couldn't say anything.

Why did Zoe Ball miss her Radio 2 Breakfast Show this week?