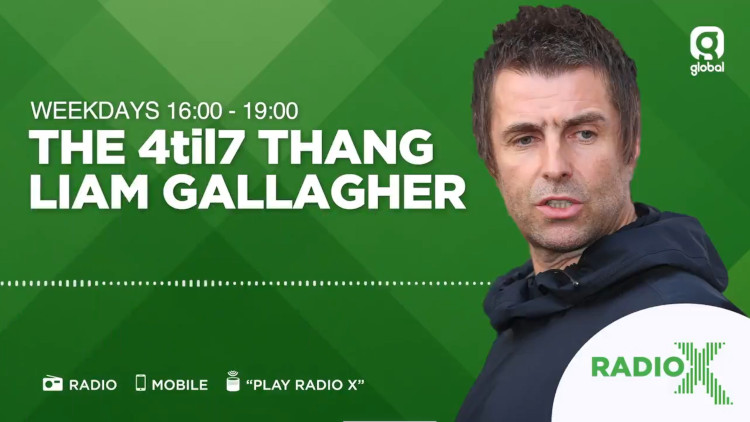 Liam Gallagher was a guest on Johnny Vaughan’s Radio X Drivetime yesterday where he spoke about how he’s been keeping himself entertained during the pandemic and revealed an interesting thing about recording his new single All You’re Dreaming Of.

The pair were discussing the lockdown and Johnny wanted to know if Liam could recommend any boxsets to watch.

Liam said that he’d “watched the one about the prostitutes in London – Harlots”, which he said was good and Poldark, the one from last year, recommending Johnny should watch that.

As for his new song, it was put together by Liam and Simon Aldridge. He told Johnny that Simon had sent him some ideas for the song at the beginning of lockdown, so he recorded the vocal in a little studio he’s had built at home.

Johnny asked if he could let himself go in there?

“Oh, mate, I did it in my boxer shorts,” Liam responded.

He then went on to reveal why those boxer shorts vocals were important: “So we go into Abbey Road in the lockdown, loads of people with masks on to do the brass and do the horns and all the f***ing orchestra and all that.

“I do the vocals in Abbey Road and they were nowhere near as good as the ones I did in the house in my boxer shorts. So I’ve binned the Abbey Road vocals and used these ones.”

Each time you hear that song from now on, you know the picture that will probably come into your mind!