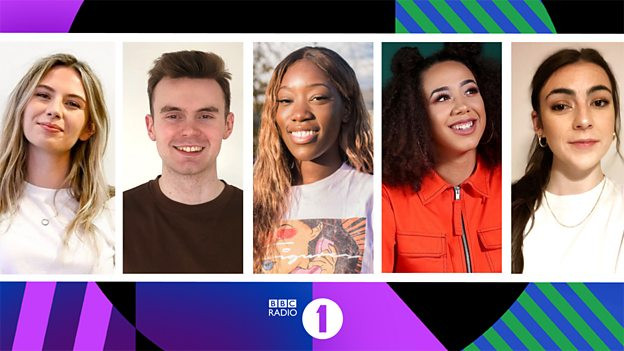 There’s a bit of a shake-up to the BBC Radio 1 schedule which will see Greg James going five days a week, Dev, Huw Stephens and Phil Taggart leaving the station, plus five new presenters joining the line-up.

The first whiff of a change came last night (Thursday) when Dev tweeted that he’s ready for some new challenges and his last day will be December 20th. Then Huw and Phil tweeted this morning that they are also leaving.

Huw says: “Thanks Radio 1 for letting me be a part of your story, for letting me play new music and introduce new artists to a lovely audience. I’ve always tried to give music the respect it deserves, and I’ve loved every minute of my 21 years broadcasting on Radio 1.”

Phil comments: “Radio 1 gave me a platform to share my music taste, new discoveries, emerging scenes and most importantly support artists at that early stage of their career. It let me speak one to put on some montage music I am going for a slow walk out the door. Thanks to everyone who I’ve worked with and who listened.”

Speaking about his move to five days a week, Greg James says: “I’ve had two years of being called a part-timer by the listeners for deserting them on Fridays so it’s time I actually put a shift in and be with them all week. And in any case, I’d only be at home looking for stupid things online so I might as well go and share the nonsense with everyone tbh.”

Other changes to the schedule include Adele Roberts moving from Weekday Early Breakfast to Weekend Breakfast, Matt Edmondson and Mollie King move to co-host 1pm- 4pm, Friday to Sunday and Arielle Free will become the new host of Radio 1 Dance and Radio 1’s Early Breakfast (Monday – Thursday), moving from her current role as host of Weekend Early Breakfast.

Early Breakfast on Fridays will become a brand new show to try new presenters, with a different host each month.

The first to take on the rotation will be Joel Mitchell, followed by Mollie Finn and Fee Mak in subsequent months.

Joel joins from BBC Radio Leeds, Fee from London’s Westside Radio and Mollie from Bournemouth University’s student station Nerve Radio. Both Joel and Fee presented their first shows on Radio 1 last Christmas when they were selected for guest slots.

Sian Eleri, who is from Caernarfon, currently works at BBC Radio Cymru. Like Joel Mitchell and Fee Mak, she hosted her first show on Radio 1 in 2019 after applying for the station’s festive guest presenter initiative.

Northern Irish presenter Gemma Bradley joined BBC Radio Ulster in 2019 as the host of Across The Line, the station’s weekly show dedicated to uncovering the freshest new musical talent. She will make her debut on Radio 1 in the new year.

Aled Haydn Jones (Head of BBC Radio 1), says: “This is a really exciting time for Radio 1 as we prepare to welcome the next generation of talent: Sian and Gemma are going to bring some brilliant energy to our weekend line up, and with our new Friday morning rotation we’re going to be hearing from some fantastic new presenters over the coming months.

“The listener is at the heart of everything we do at Radio 1, and we look forward to introducing a fresh new schedule as we continue to deliver the entertainment, escapism and new music that our audiences know and love.”

So there it is, you might need to read through it again, there’s a lot to take in!