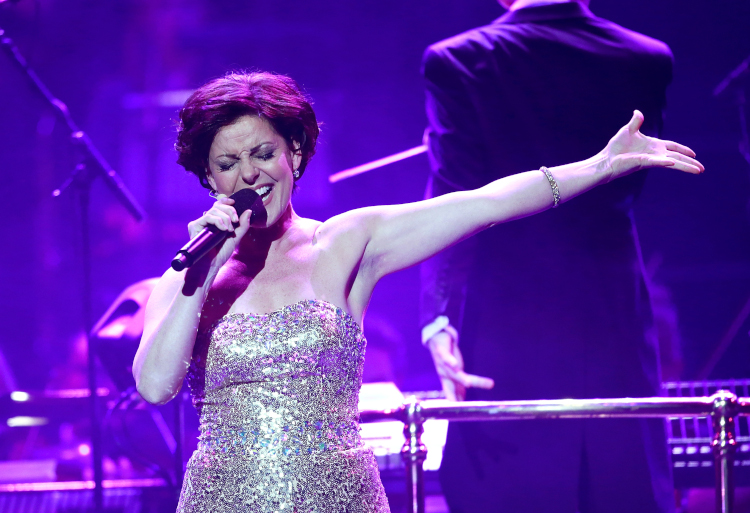 Magic Radio is to bring together over 70 leading figures from across musical theatre at the London Palladium in Magic with the Musicals.

Shining a spotlight on theatre at a time when its existence is under threat, the day will result in a special three-hour show airing on Wednesday 23 September on Magic Radio and Magic at the Musicals, including performances from MAMMA MIA!; Disney’s: The Lion King; Dreamgirls; &Juliet and more.

West End stars will feature in eleven performances recorded with a live, 23-piece orchestra, comprising some of the West End’s finest musicians, together with members of the London Musical Theatre Orchestra, under Musical Director Jon Ranger. Safety and hygiene measures will be in place to protect performers.

Nicole Raquel Dennis (Dreamgirls and Dear Evan Hansen) will be talking to the performers to hear what it’s like to be back on stage again.

Ruthie Henshall will interview some of the industry ‘leading lights’ including Judy Craymer (producer of Mamma Mia); Rebecca Kane Burton (CEO LW Theatres); and Sonia Friedman (multi-award-winning producer of shows including Dreamgirls, Harry Potter, Book Of Mormon) who will give a voice to the leading creatives, producers, composers, artists and musicians who are currently facing financial hardship as a result of the pandemic.

John Owen Jones will talk to creatives from both on-stage and behind the curtain including Trevor Dion Nicholas, (Aladdin and Hamilton); Kenny Wax (producer of SIX The Musical).

The coronavirus has had a serious impact on the sector and will have far-reaching effects on the arts, which is an important industry for the UK. Attracting both Brits and tourists alike, in 2018 UK theatres sold in excess of 34 million tickets, generating £1.28 billion in revenue.

Although a small handful of indoor theatres have now reopened, it’s unlikely that most West End theatres will be able to open their doors for full-scale musical and theatre productions this year as these are economically unviable with social distancing practices in place.

Commenting on the show, Sheena Mason, Deputy Content Director Magic Network said: “The coronavirus has had devastating effects for many in the UK and has been particularly tough on the arts and entertainment industry.

“Musical theatre has a very special place in our hearts at Magic and our theatre-based station Magic at the Musicals, so we are thrilled to hold this event to help the industry, highlight the struggles that it has experienced during this time, and show the importance of the arts to our country.

“It’s incredible to see everyone – both on and off stage and from all productions – come together for our special event.”

Julian Bird, Chief Executive, Society of London Theatre & UK Theatre, added: “We are delighted that SOLT’s ongoing relationship with Magic Radio, encompassing the Olivier Awards, West End Live and Magic at the Musicals, continue with the major new programme from the London Palladium celebrating the excellence of the UK’s world-leading theatre industry – with performances, interview and insights into the world of musical theatre, it promises to be an entertaining and informative show.”

Magic with the Musicals will air at 7pm on Wednesday, 23 September on Magic Radio and Magic at the Musicals.

The list of confirmed performers and interviewees for Magic with the Musicals includes:

Michael Harrison (producer of Joseph And The Amazing Technicolor Dreamcoat; The Bodyguard)