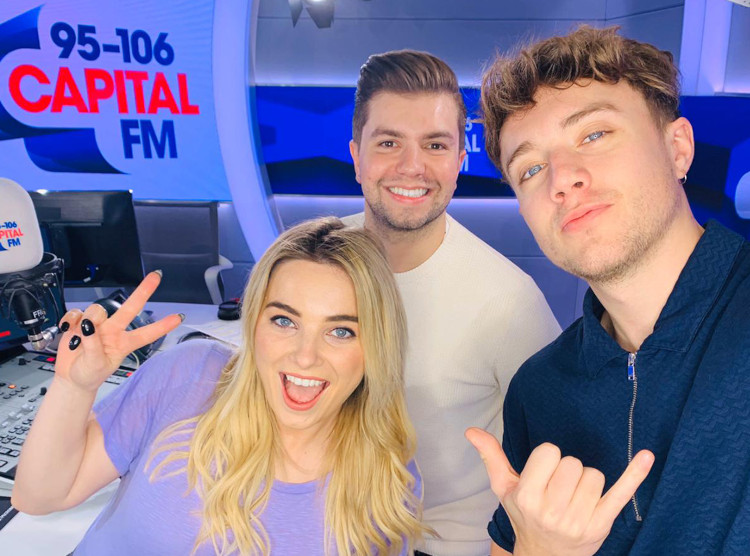 Perhaps it shouldn’t come as a surprise to hear that Capital’s Sonny Jay is taking part in Dancing On Ice as The Sun reported it last week, but he confirmed the news on Capital Breakfast this morning.

The Breakfast Show co-host confirmed to listeners that he’s the sixth celebrity to be joining the TV show, after giving out clues to fellow hosts Roman Kemp and Sian Welby. He’ll be joining Myleene Klass, Joe-Warren Plant, Denise Van Outen, Faye Brookes and Jason Donovan who were previously announced for the show which launches early next year.

During Capital Breakfast this morning Sonny gave clues to his news, which included scarves, face glitter and playing the This Morning theme tune.

Eventually, Sonny revealed: “I’m going to be doing Dancing on Ice! I’m so excited, I don’t know how I kept it a secret.”

He starts training for the show next month and says he’s “really nervous and doesn’t want to fall over in front of the nation and become “a meme the next day.”

After revealing the news live on air, Sonny was inundated with messages of good luck from Capital Breakfast listeners and celeb friends of the show Lewis Capaldi and Sam Smith, plus ice skating legend and Dancing on Ice star Christopher Dean.