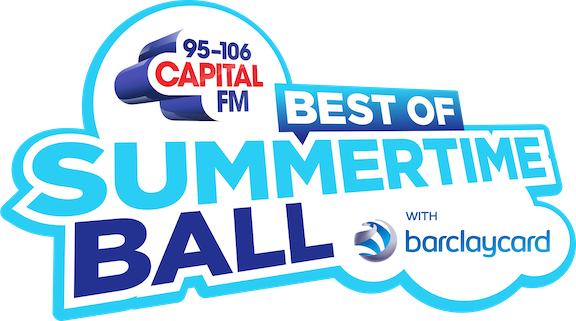 Capital is celebrating 11 years of The Summertime Ball with a special live show to be broadcast on multi platforms simultaneously, worldwide.

This year’s show was unable to go ahead because of the pandemic, so instead on Saturday 16 May at 5pm UK time, the station will bring together a 2 hour celebration of the best of Capital’s Summertime Ball with a special show hosted live by Roman Kemp, Sian Welby and Sonny Jay.

The Best of Capital’s Summertime Ball with Barclaycard will feature the most iconic moments and biggest performances – hand-picked by Capital, as well as new and exclusive interviews about the show with some of the artists that have performed at the event over the last 11 years.

The live show will simultaneously air on Capital, Global Player, Sky One and YouTube.

Highlights will include One Direction opening the Ball in 2015, Justin Bieber’s 2012 performance and Katy Perry’s closing set from the same year.

Fans can relive Stormzy’s Capital’s Summertime Ball debut in 2017 and witness 80,000 people doing ‘Gangnam Style’ along with Psy in 2013.

Plus, there will be DJ sets from the likes of Calvin Harris and David Guetta, a performance from Little Mix, highlights from Camila Cabello’s opening set and Shawn Mendes’ closing set in 2018, and appearances from stars including Ariana Grande, Jonas Brothers, Ed Sheeran, Jess Glynne, Tinie, Bruno Mars, Pharrell Williams, Coldplay and more. Capital’s Jimmy Hill will also host a round-up of some of the best backstage highlights.

Announcing the show on his Capital Breakfast show this morning, Roman Kemp said: “There’s something so special about Capital’s Summertime Ball – the fans, the amazing atmosphere as 80,000 listeners party along to their favourite artists on a summer’s day, and of course the incredible performances from the world’s biggest stars.

“We hope you’ll all join us from home as we relive the best of Capital’s Summertime Ball live – it’s going to be an incredible show celebrating 11 years of the most iconic moments from the UK’s biggest summer party!”