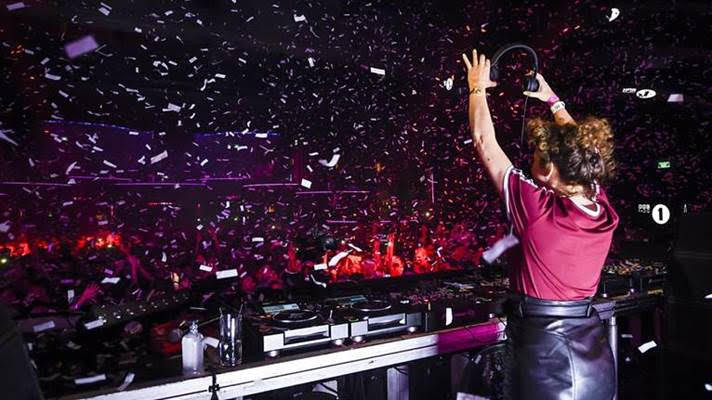 Radio 1 is turning BBC Sounds into the world’s biggest nightclub from 31 July – 1 August 2020 to celebrate its legacy on the White Isle, which began 25 years ago.

Since then, every year Radio 1 has gone to Ibiza with dance fans joining the station in the island’s clubs to celebrate the best that dance music has to offer.

Because Radio 1 is unable to broadcast from Ibiza this year due to the pandemic, BBC Sounds will be turned into the world’s biggest nightclub so that fans in the UK and around the world can join the party from wherever they are.

Radio 1’s Annie Mac, Danny Howard and Pete Tong will each have a virtual club room in its own area on BBC Sounds.

The idea is for the station to capture the island vibes by bringing together some of the biggest names in dance music for a weekend of celebrations across radio, social media and online.

Full details of the plans will be revealed in the coming weeks.

Annie Mac says: “While we won’t physically be in Ibiza this year, we are still going to be bringing the party all weekend for all the kitchen ravers around the country. We’re already so excited and we can’t wait to share all the details soon!”

Aled Haydn Jones, Head of Programmes for Radio 1, says: “We know that many dance fans are feeling the absence of club culture while social distancing guidance remains in place, and that there’s a huge appetite for ways we can recreate the shared clubbing experience that we’re all missing.

“Our aim is to bring together households around the world for the ultimate dance party this summer in celebration of the legendary White Isle, and we look forward to sharing more details very soon.”

Whilst the COVID-19 crisis means it won't be possible for us to broadcast from the island this year, we'll be celebrating 25 years of Radio 1 in Ibiza by turning @BBCSounds into the world’s biggest nightclub, from 31 July – 1 Aug 2020 ?https://t.co/2CmTWZQdAz pic.twitter.com/9IHrskqrgt