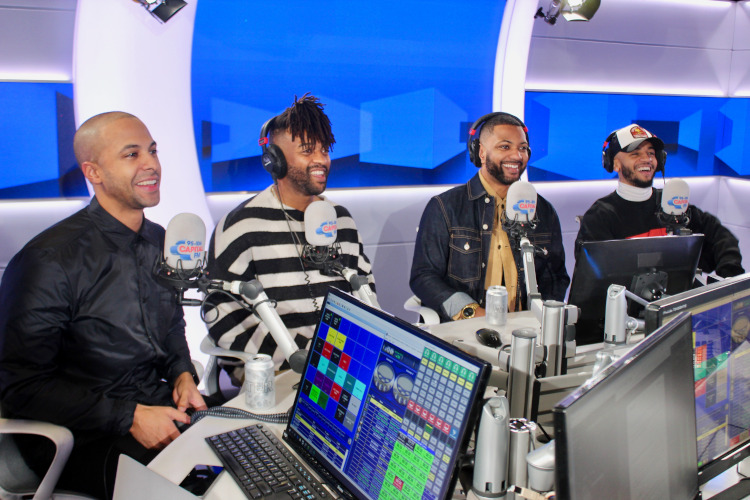 After announcing their comeback tour last night, JLS reunited on Capital Breakfast with Roman Kemp for an exclusive live interview this morning, where Marvin Humes revealed that he tried to get the band to reform four years ago.

Marvin, who is also a presenter on Capital, said: “It’s lovely to be back here with my brothers. It’s something I’ve been waiting for, for a long time.

“Four years ago I tried to make this happen. I was on the phone to the guys like, come on guys, let’s just get back together, we should have never broke up. You’re telling me that our heart won’t beat again?”

He added: “I remember taking Oritsé for a dodgy little sushi around the corner from here and I was like ‘Rish come on bruv, let’s make this happen’.”

Oritsé joked about the meetup saying: “I broke his heart.”

Marvin responded: “He was like ‘nope we’re not doing it’.”

The way @JLSOfficial talk about each other just gets me. ? pic.twitter.com/U45qHwufdv

The band announced their comeback in a video on Twitter yesterday, captioned: “IT’S TIME!! Our #BeatAgainTour is coming your way this Nov/Dec. We can’t wait to be reunited with you all!”

IT'S TIME!! Our #BeatAgainTour is coming your way this Nov/Dec. We can't wait to be reunited with you all!

During the interview this morning, Marvin joked that after announcing the comeback, he’ll be playing a continuous JLS medley on his Capital Late Show now!