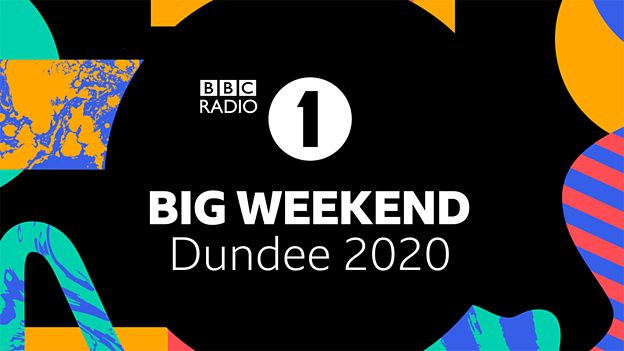 There’s been much speculation as to the location of this year’s BBC Radio 1’s Big Weekend and the rumours are true because this morning it’s been confirmed as Dundee, with Calvin Harris, Camila Cabello, Dua Lipa, Harry Styles, AJ Tracey and Biffy Clyro on the bill.

Camperdown Park in Dundee will be the venue for the station’s annual event, from Friday 22 – Sunday 24 May, with over 70,000 expected to attend over the weekend.

This is the 17th year for Radio 1’s Big Weekend, kicking off the UK’s festival season, bringing UK and international artists to cities that probably wouldn’t normally host such large scale events.

Harry Styles will appear following the recent release of his solo album Fine Line, while Cuban-American pop superstar Camila Cabello will be returning after the success of her recent gold-certified album Romance.

West London’s AJ Tracey will bring his genre-fusing brand of rap to the event, while Scottish natives Biffy Clyro and Calvin Harris will also be showcasing some of their biggest tracks to fans.

Dua Lipa will perform some of her biggest hits and tracks from her new album.

Camila Cabello says: “Radio 1 has been a huge part of my journey over the last few years so I am beyond excited to be coming back to Big Weekend! It’s going to super fun to perform for you guys in Scotland.”

Dua Lipa says: “SO EXCITED to be coming to Dundee this May for Radio 1’s Big Weekend! Can’t wait to perform some tracks from the new album for you guys – hope you’re all ready!”

Harry Styles says: “Yes Radio 1! Absolutely thrilled to be back at Radio 1’s Big Weekend, it’s the start of the summer and the crowds in Scotland are always insane.  See you soon Dundee!”

Biffy Clyro’s Simon Neil says: “We are delighted to be appearing at Radio 1’s Big Weekend in Dundee. We have had a wonderful relationship with Radio 1 over the years and it is always a highlight to play at the festival. We cannot wait!!”

Greg James, Radio 1 Breakfast Show host, says: “Radio 1 is nothing without its listeners. We rely on them getting involved in every show so to repay them for this, we love putting on a massive festival with our favourite artists – and this year we’ve got a brilliant opportunity to shout about our Scottish listeners and demonstrate how much we love them.

“I can’t wait to be made to apologise for the first “here we, here we…etc.” that we hear on air.”

Radio 1 will be broadcasting live from the festival across the weekend, with performances and tracks available live and on demand across Radio 1’s iPlayer channel and BBC Sounds.

The full line-up and ticket details will be announced on Radio 1 over the next few weeks.

We're heading to Dundee this May and bringing this wonderful lot with us:

Plus LOADS more to be announced! pic.twitter.com/nky1z8GNgX