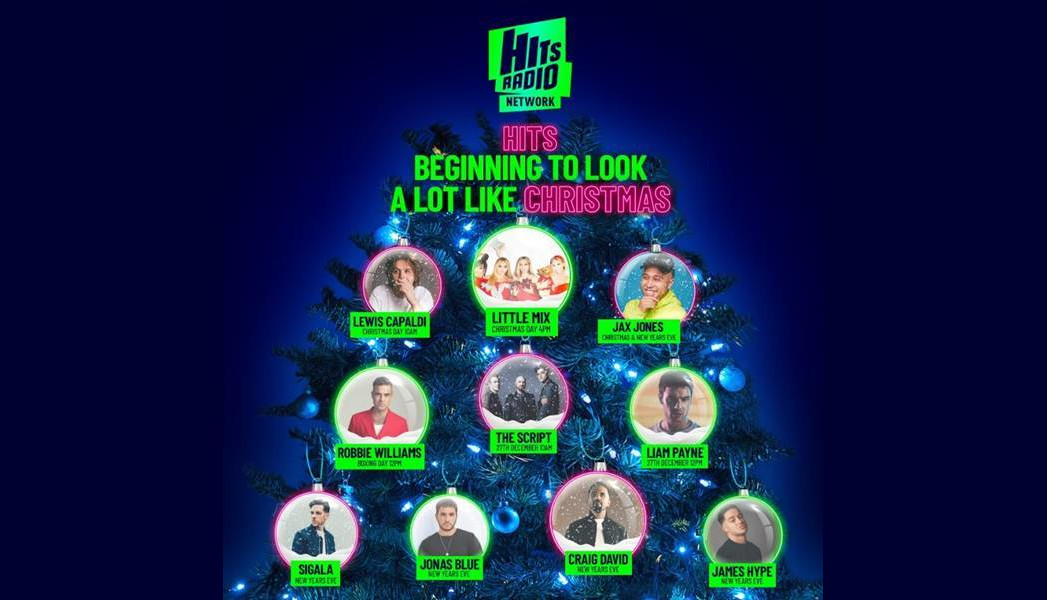 Hits Radio has joined forces with a number of music’s biggest stars for a series of special programmes across the festive period including Christmas Day specials from Lewis Capaldi and Little Mix.

Lewis Capaldi will spend Christmas morning with Fleur East and Greg Burns bringing his unique take on the festivities and his own ‘royal speech’ for Christmas Day.

Later, during Christmas afternoon from 4pm, Little Mix will drop by to join Jordan Lee to celebrate Christmas Day.

This year has been a big one for Jax Jones and he’ll be kicking off Boxing Day from 10am when he joins Jordan Lee. Then from midday there’s a Robbie Williams Christmas Special with Fleur East, Greg and James, including some special treats from Robbie.

The Script and Liam Payne will be spending time on air on Friday and on New Year’s Eve, a special line-up of guest DJs, including Craig David, Sigala, Jonas Blue, James Hype and Jax Jones will host a  non-stop commercial free party from 7pm into the next decade.

Paul Gerrard, Programme Director for the Hits Radio Network said “We can’t wait to bring a huge schedule of Christmas treats to our listeners.

“It’s been a massive year for the network and we’re really excited about ending this decade with a bang, as we gear up for an incredible 2020!”