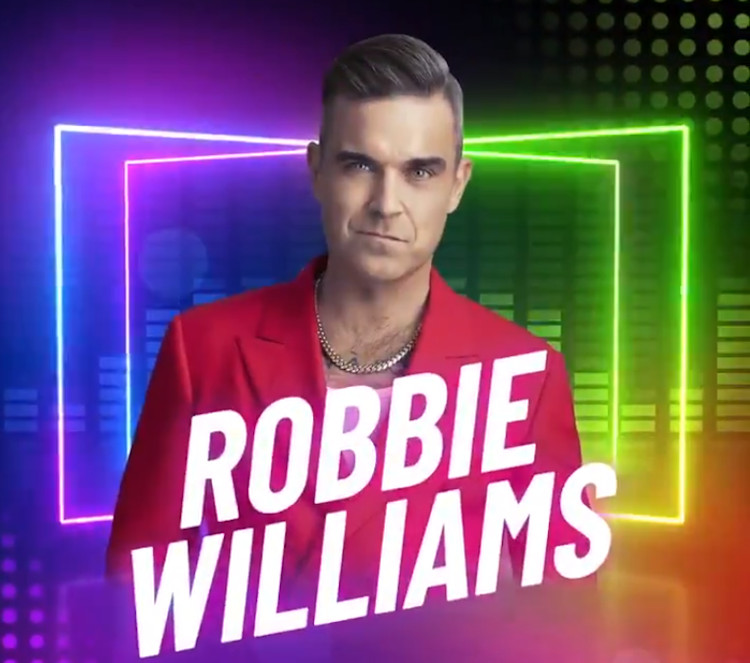 Robbie Williams will join the list of artists playing at Hits Radio Live Manchester on the 17 November, while HRVY and Joel Corry join the bill at Hits Live Liverpool on 15 November.

The completed line-up was revealed today on Hits Radio Breakfast with Fleur East, Greg and James, with Robbie joining the team on air for the exclusive news reveal.

Details for Robbie’s new festive album ‘The Christmas Present’ were also unveiled this morning, and he confirmed to Fleur and co that the gig will be an exclusive chance to see him perform some tracks from the album ahead of its release, as well as some of his biggest ever hits.

Speaking about why he fancied releasing a Christmas album, Robbie explained: “I’ve done twelve albums by myself and five albums with Take That and once you do the sort of write the album, record the album, tour the album for three decades, you quite fancy doing something new.

“I’m trying to do a song that will be repeated every year, so that has been the task.”

Confirming that his daughter Teddy features on one of the tracks on the album, Robbie said: “My studio is in my house and when I’m down there and she’s finished school they all come down and hang out…She killed it and I’m really proud of her.”

He’s not the only former boy-band star playing at the Manchester event, as former One Direction stars Liam Payne and Louis Tomlinson are on the line-up too. They’ll be joined by a number of other artists including Mabel, Mark Ronson, Anne-Marie, Tom Walker, Zara Larsson and Jonas Blue.

The events are all hosted by Hits Radio Breakfast’s Fleur East, Greg and James, with backstage interviews on the night from fellow Hits Radio presenter Jordan Lee.

Fleur East said “Having had many of these brilliant artists on our Breakfast Show over the last few weeks, I’m so hyped to be able to bring them all together over one incredible weekend for Hits Radio listeners. Providing the biggest hits, we have the artists and the locations, now we just need you!”

We’re SO excited to have @robbiewilliams join us at #HitsLive in Manchester next month! ?