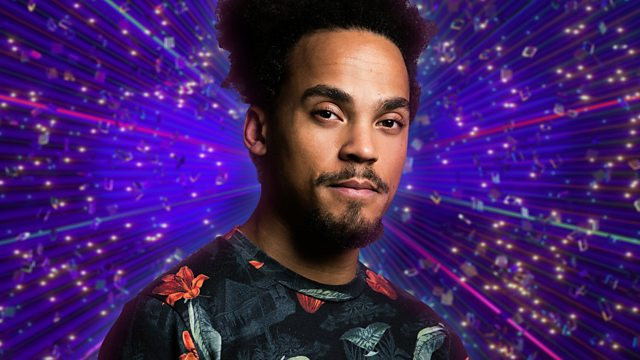 He was announced by Jordan North who was standing in for Nick Grimshaw on Radio 1 yesterday.

“It’s going to be so much fun, but just to be clear, I’m not doing this to take part, I’m totally in it to win it! I can’t wait to meet my partner and start practicing.”

Now known for presenting weekend afternoons with Alice Levine on Radio 1, Dev, 34 began his career in children’s television on BBC Two, which led to him hosting his own show on 1Xtra. From there he moved to Radio 1 to host early breakfast, followed by weekend breakfast, before moving to the now hugely popular weekend afternoons.

Dev’s no stranger to contests having competed on Celebrity MasterChef and getting through to the final. He’s also hosted the Bafta TV Awards and most recently appeared in Channel 4’s SAS Who Dares Wins for Stand Up To Cancer.

Speaking to Jordan North on Radio 1 yesterday, Dev said that he entered a dance competition at Pontins in 1996 where he came 2nd and swore retribution to the Redcoats! He told them: “One day I’m going to take part in a dance competition and get really good and you’ll rue the day you slighted me.

“Fast forward 2019 I’m going to be on this year’s series of Strictly Come Dancing. I swore retribution Redcoats. I’m coming!”

After being cruelly awarded second place in a childhood dance competition, @dev_101 returns to the dancefloor once more as part of the @bbcstrictly 2019 line-up.

We CAN'T WAIT to see him in action 👢✨ pic.twitter.com/e6cQQCrjJQ

He knows his way around the decks, but how about the dance floor? @BBCR1's Dev Griffin @dev_101 is our next #Strictly celeb! https://t.co/151krnFEM2 🎧 pic.twitter.com/7MYZG63q3q

Last December Chris Evans told the BBC One Show he’d been approached by producers of Strictly to join the show, but the Metro newspaper reported back in March that he was in two minds about taking part on the BBC show because of the cartilage in his knee.

There are still more names to be announced, we’ll just have to wait and see!