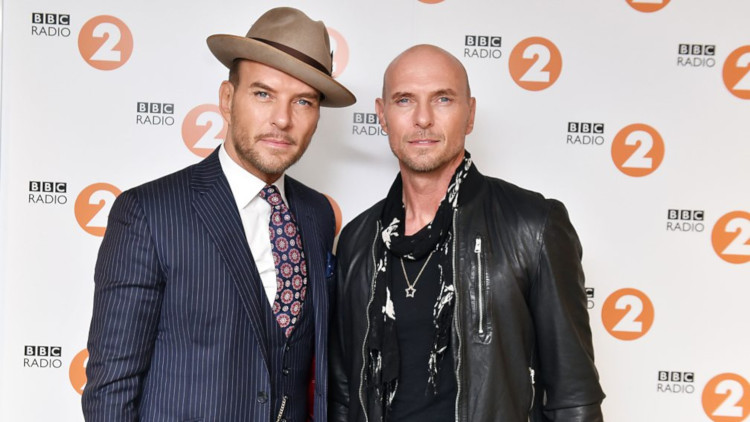 There’s a new two-part series on Bros starting on BBC Radio 2 this weekend where they talk about how important music has has been in their lives and how that now infamous documentary last year, gave men permission to cry.

Kate Thornton meets Matt and Luke Goss to talk about how music influenced them in their childhood, plus the songs and artists who inspired them.

They also tell Kate how “After The Screaming Stops”, the TV documentary aired last December, which included them looking back on their mother’s death while the band was at its peak, sparked conversations about men showing their emotions.

Luke tells Kate: “Men are encouraged to hide their pain, and I think the movie gave permission for many men, from my experience on this whole adventure, to let out a tear or 20.

“It’s been a very beautiful ramification of the film.”

Matt adds that they had to be “resilient” when they appeared on Good Morning America three days after their mother’s death from cancer.

“We didn’t surrender. I think it actually got the better of us, because slowly but surely the experience chipped away at our souls.

“It’s still something that I have not currently dealt with, I’m going to take a little bit of time – a month or so – I just want to put my face in the sea and let some tears out.”

When they were a guest on Steve Wright’s show on Radio 2 back in January, he asked if they knew what was going in the documentary. Matt described it as a painful and difficult film to watch, but they learnt different things about each other.

The Radio 2 programme this weekend also hears Matt and Luke talking about how they tried to form a band while at school, where they met Craig Logan, how they became Bros and what it was like to be in the middle of Brosmania.

Kate Thornton finds out what happened when the band split up and hears about the highs and lows that have impacted their lives over the last 30 years.

The boys also discuss the excitement of recently performing some concerts as they plan a new Bros album.

Part 1 of Kate Thornton meets Matt and Luke Goss can be heard this Saturday July 27 on BBC Radio 2 from 9pm -10pm.

Global’s Make Some Noise Emergency Appeal raises £1.7m for those hit by coronavirus