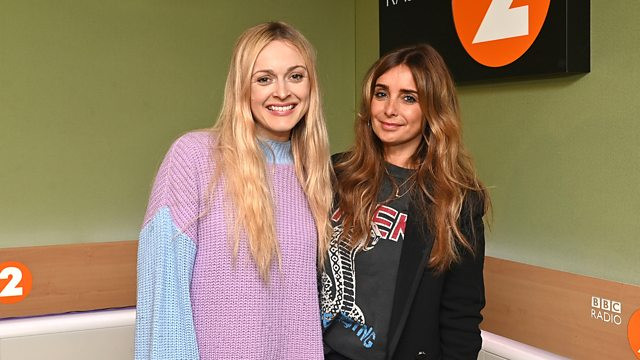 Louise Redknapp popped in to the BBC Radio 2 breakfast show this morning to chat with Fearne Cotton about her first new music in 16 years.

The track, Stretch is the first from her new album and received its first play from Fearne, who is sitting in for Zoe Ball this week. It was also debuted online, with the video being available on Friday.

Fearne asked how Louise felt being back after being away for so long. She replied that she wasn’t nervous and that it just felt comfortable, adding, “It was just what I needed.”

Louise has spent the last couple of years writing songs for her new album and says that it took her on lots of little different journeys, but on the whole, it was a really positive and great experience.

As for the video to the song Stretch, Fearne wanted to know more about it.

Louise answered, “I really wanted to do something with the video that was really empowering.

“I really believe as a 44 year old woman with two children, I should be allowed to dance around and have fun and not to be scared to be a bit sexy.

“A lot of women get to that stage when they’ve had kids, it’s like playing dress-up for the day.”

She told Fearne that she wanted to have fun doing the video and wanted it to have “a real feel to it”, adding “I want girls and women to go, yeah you go girl!”

“As a 44-year-old woman with 2 kids, I should be allowed to dance around and have fun!”@LouiseRedknapp stopped by the Breakfast Show to give @Fearnecotton the exclusive first play of her new single. Listen on @BBCSounds ▶️ https://t.co/UB0CnZLirr pic.twitter.com/ImWxfaAwaS