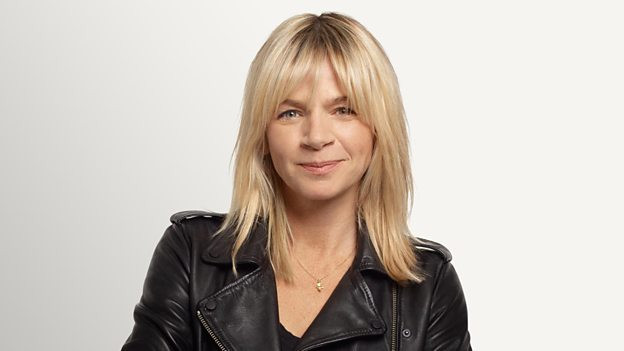 As we eagerly wait for the start of the new Zoe Ball breakfast show on BBC Radio 2 next Monday, we now have a hint of what it might sound like.

She was a guest on Steve Wright’s afternoon show on Radio 2 a few days ago and told him that she wouldn’t “talk all over the music”, which is something Chris Evans did quite a lot.

Zoe also told Steve there will be “some very exciting outside broadcasts in the summertime” although the details are currently secret. She did hint that there might be a return to Ibiza following the successful Ibiza 80s weekend last year.

As for the show itself, the BBC has confirmed some of the content that will be included. Zoe’s old Live & Kicking feature Hit, Miss or Maybe is being revived every Monday, where a guest will give their verdict on a brand-new track.

Backstage Ball will take listeners behind the scenes of some of the biggest TV hits, interviewing the people who bring them to life on screen and revealing backstage secrets.

The Why Workshop will see Zoe quizzing the QI Elves with more wonders and ponders, including your questions.

Each Thursday, The 5 Star Biz Quiz will test listeners’ showbiz knowledge. The prize will be a trip to the studio the following morning.

The long tradition of celebrity guests and live music will continue each Friday, with the first guests being Oscar nominated actress Saoirse Ronan talking about playing Mary Stuart in the new film Mary Queen of Scots. Plus, Years & Years will be performing music from their Top Ten album Palo Santo live in the studio.

Tina Daheley has just been announced as newsreader for the show. She joins after spending ten years and three consecutive breakfast shows on BBC Radio 1 and 1Xtra. She says it was an offer she couldn’t turn down, taking over from her news idol Moira Stuart and being a part of the UK’s biggest breakfast show with the first female host in its history.

Richie Anderson will present the latest travel, Mike Williams the sport and Carol Kirkwood will have up to date weather forecasts.

There will be a lot of music in the show, with some of it chosen by listeners and there’ll also be celebrity guests popping in from time to time. It’s been confirmed that Dido will be live in the studio with brand new music on Tuesday 22 January.

? @TinaDaheley joins the show from @BBCR1 and @1Xtra’s @bbcnewsbeat, @BBCPoV, and @bbcnews. She’ll have your news headlines every half hour… pic.twitter.com/XF1gP3jQqt