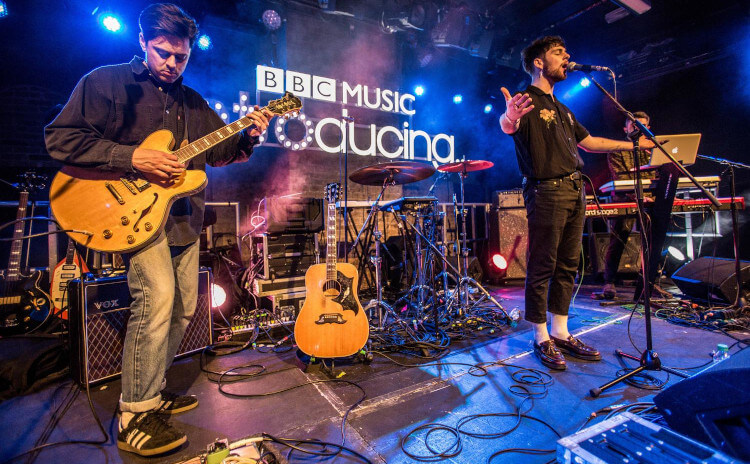 Tom Grennan has won the BBC Music Introducing Artist of the Year Award 2018, capping a wonderful 12 months for the singer-songwriter from Bedford.

He started his journey with BBC Introducing in 2012 when he uploaded his former band’s music to the talent scheme’s website. Then he uploaded his first music as a solo artist in 2016, quickly receiving support from his local show in Beds, Herts and Bucks, before going on to play multiple BBC Music Introducing stages and sessions. He’s appeared on records with Chase and Status (‘When It All Goes Wrong’) and Bugzy Malone (‘Memory Lane’). His debut album ‘Lighting Matches’ reached the top ten in the Official UK Albums Chart.

Tom says: “It’s an incredible honour for me to pick up such a prestigious award as the BBC Music Introducing Artist of the Year. I have seen other people I admire greatly pick up this trophy over the years so for me to now receive it is pretty mind blowing and a real landmark moment in my life. I want to sincerely thank my family, management team, and record label for giving me the strength to challenge myself and become the best I can be, and to BBC Music Introducing for their incredible support and for giving my work the recognition they have. And most importantly of all, I want to thank my fans, because without them I am nothing!”

James Stirling, Head of BBC Music & BBC Music Introducing, says: “BBC Music Introducing has supported Tom Grennan for over five years now, via BBC Local Radio and our National Radio stations and television shows. It’s such a pleasure to see his music making a significant impact and to be able to add his name to our list of talented former winners.”

BBC Music Introducing is the BBC’s scheme for emerging musical talent. It showcases undiscovered and unsigned artists and has helped to kick-start the careers of James Bay, Jake Bugg, Florence and the Machine, and George Ezra plus many more since its launch in 2007, providing a platform to help the best new acts from across the UK onto the national stage.