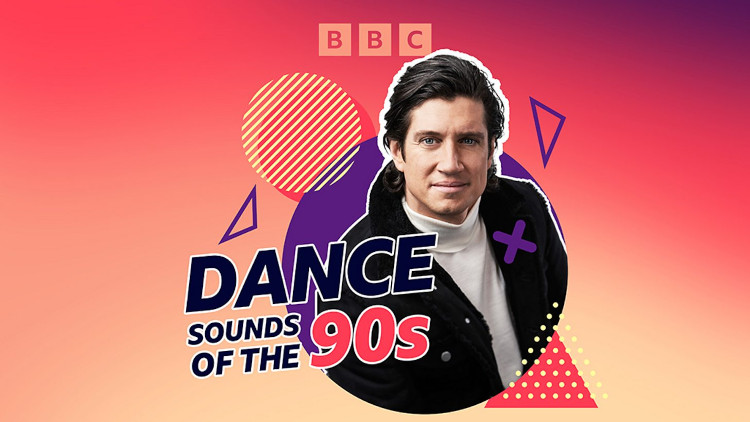 Vernon Kay is taking a nostalgic trip back to the 90s dance floor with music and memories from legendary Ibizan super-clubs to the carpeted floors of the Bolton pub scene!

Playing the best dance, electronica, techno, trance and drum n’ bass hits from the 90s each week on BBC Sounds and Radio 2, Vernon will bring a new club mix of floor fillers and induct a new dance music legend into the 90s Dance Hall of Fame.

Vernon says: “Wow! This is the start of something huge. To be given the opportunity to take a nostalgic trip back to a 90s dance floor is a dream come true. The 90s influenced me in such a unique way. A decade without “social”, a decade of change and revolt. 10 years of reckless abandon that puts the 60s into the shade.

“This was a decade that was defined in the mosh pit, the chill out room, the refectory and most importantly the dance floor. Let me take you on a Champagne Supernova of repetitive beats that Girls and Boys won’t be able to resist moving to, in the living room, the workplace, or the bathroom getting ready for a night out! The 90s were epic, the music was definitive, the stories outrageous but the dance floor was always full!”

The first episode spotlights icons like Fatboy Slim, who was behind hits such as ‘Right Here Right Now’ and tells the story of how he produced his first album using an Atari ST and floppy disks.

Vernon Kay’s Dance Sounds of the 90s is available from today on Back To Back Sounds: Radio 2 90s on BBC Sounds, and broadcast weekly on BBC Radio 2 from 7 August at 1am.