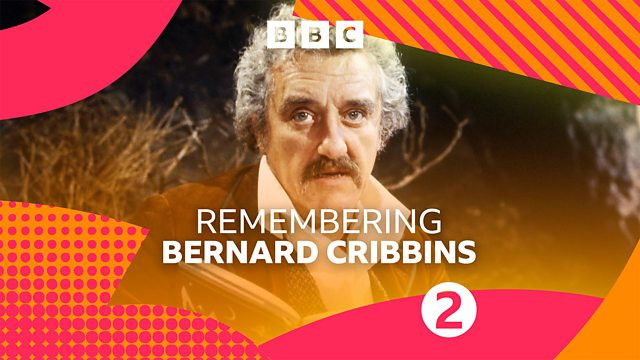 Following his death at the age of 93 last week, BBC Radio 2 is to pay tribute to Bernard Cribbins in a special programme hosted by Anneka Rice.

In his autobiography Bernard Cribbins described himself as, a character actor, fisherman, a former paratrooper, catwalk model and purveyor of the odd story. Anneka Rice will discover he was so much more than that in this special two-hour programme to be aired on BBC Radio 2 this Sunday at 8pm.

Anneka will look back over his most varied career which spanned across three quarters of a century in interviews with Steve Wright, Graham Norton, Aled Jones and his long-time producer Martin Jenkins amongst many others.

With Bernard’s passing, there’s no doubt that we lost the Country’s best loved storyteller.  He provided the voices for The Wombles, Buzby, and Tufty. Brought a record-breaking number of characters to life in Jackanory.

He starred in everything from Shakespeare to Carry On Films, has been directed by Alfred Hitchcock in “Frenzy” and produced by George Martin at Abbey Road before The Beatles, on his chart hits “Hole In The Ground” and “Right Said Fred”.

Bernard was the only actor to play opposite three Doctors in three different platforms, Joe McGann on the radio in “The Horror of Glam Rock”, the 1966 film “Dalek’s Invasion Earth 2150” with Peter Cushing and 41 years later on the television with David Tennant.

He famously played the touching porter Albert Perks in “The Railway Children”, starred opposite Peter Sellers and David Niven and who can forget his appearance as the pretentious hotel guest Mr Hutchinson in “Fawlty Towers”. He’s featured in many plays and musicals and more recently provided the title character in the CBeebies Series “Old Jack’s Boat”.

Anneka Rice remembers after watching the 70s film “The Railway Children” she cried so much at the scene “Daddy…My Daddy” that her own father had to take her out of the cinema and walk her up and down the pavement, she says: “it still reduces me to helpless sobs and remains my favourite film ever”.