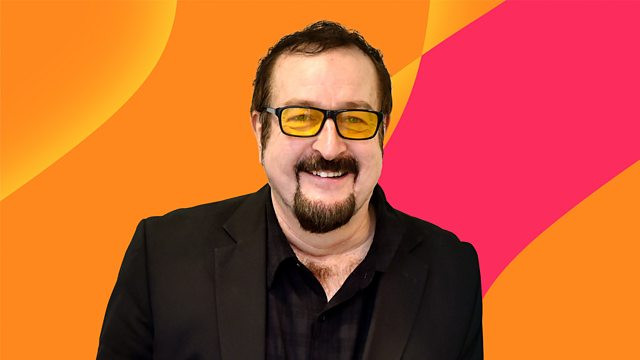 After almost 24 years of hosting the afternoons on BBC Radio 2, Steve Wright has announced that he is leaving the show in September.

Steve joined Radio 2 in March 1996, hosting Steve Wright’s Saturday Show and Steve Wright’s Sunday Love Songs. He took over the weekday afternoon show in July 1999, while still hosting the Sunday show, which he will continue when he steps down from weekdays.

Scott Mills is leaving Radio 1 to host a brand new show each weekday afternoon on Radio 2 from 2-4pm, launching in the autumn.

Making the announcement on his show this afternoon, Steve Wright said: “After nearly 24 years of presenting six shows a week on Radio 2, onwards and upwards for some brand new challenges! Radio 2 told me several months back that they wanted to do something different in the afternoons, and I thought – fair enough. Let’s give somebody else a go. Scott is a brilliant and versatile broadcaster, he is the man for the job! And Sara’s an amazing presenter, and a wondrous person.

“Later this year, fans of the afternoon show can go to BBC Sounds to hear a Serious Jockin’ series and I’m also looking forward to developing and creating some exciting new digital programmes and podcasts, which will feature elements of the afternoon show. I get so much creative freedom at the BBC, I have no complaints. They’ve always been fair and kind to me.

“We’re not done yet. Afternoons will finish in September, we’ll move onto new programmes and projects in October, and Love Songs will continue every Sunday morning.”

As well as continuing his Sunday show, Steve will also front a variety of Christmas and Easter specials for Radio 2. Steve will also present regular Serious Jockin’ shows exclusively for BBC Sounds, with additional broadcasts on Radio 2, kicking off later this year.

Helen Thomas, Head of Radio 2 says: “Steve’s a legendary radio broadcaster and producer, known for his passion and commitment in keeping millions of listeners entertained each weekday afternoon. I’m thrilled he’ll remain in Wogan House as a part of the Radio 2 family to present Sunday Love Songs, as well as seasonal specials and regular Serious Jockin’ specials for BBC Sounds and Radio 2.”

Speaking about deciding to leave Radio 1 after 24 years and moving to Radio 2, Scott said: “Time actually does fly when you’re having fun, and that’s certainly been the case over the past 24 years at my beloved Radio 1. The station I pretended to be on in my bedroom from the age of 6. The station I told my mum I wanted to work at, but never in a million years thought I would.

“There are too many people to thank from my Radio 1 journey. So to the immensely talented people I’ve worked with along the way, to our incredible listeners that have made us part of their everyday lives for so long and of course to Chris – not just my co host, but one of my best friends in the world, which of course he will be forever. THANK YOU.

“It’s also been an honour to start the weekend on BBC Radio 5 Live for the past three years. I’m so proud with what we have managed to achieve.

“I really cannot believe I’m going to be calling Radio 2 my new home! I’m beyond excited to be joining the team and working alongside my radio idols and friends at the legendary Wogan House.

“I would like to wish all the best to Steve, who is one of the finest broadcasters in the world and someone whom I look up to so much.

“Over the past few years the Radio 2 listeners have made me feel so welcome and I can’t wait to build new memories with them!”

Sara Cox’s current 5-7pm show will be extended by one hour, starting from 4pm.

Sara says: “It’s been an absolute honour following Steve Wright’s Big Show and I’d like to thank him for all his support and kindness since I started Teatime. I look forward to continuing my Sunday mornings with him and the iconic Love Songs.

“I’m beyond chuffed to have three whole hours to hang out and have a laugh with the listeners whilst playing some of the best tunes in the world. Whether you’re up to your eyes with work, enjoying the delights of the school run, taking the pooch for a pootle or rustling up something spectacular in the kitchen, I will be by your side with the usual lols and good times.

“I’m super excited for my old Radio 1 mucker Scott to officially become part of the Radio 2 daytime family – he’s a brilliant broadcaster and a good friend so I look forward to listening to his new show whilst doing my pre-Teatime warm up squats & burpees.”

Chris Stark who will be leaving Radio 1 to focus on presenting ‘That Peter Crouch Podcast’ and his podcast with Chef Tom Kerridge ‘The Pirate Ship’, as well as a new project which will be announced in due course, said: “To wake up every day over the last 10 years and get to work with one of my best friends on a show I love is a dream come true. We’ve created some incredible moments: 24 years at the Tap End, Innuendo Bingo, and I still smile every time someone asks me if Mila Kunis ever did go to a Watford game. Scott, I love you mate and I’m so proud of what we’ve achieved.

“Radio 1 has sound-tracked the biggest ups and downs in my life, and I want to say thank you to the listeners that gave me this privilege and allowed a bang average lad from Watford to live his dream. You will never know what you have done for me and my family at times.

“I want to wish my colleagues at Radio 1 and 5 Live all the very best. Radio 1 will always be a special place to me, and hold the dearest memories. 5 Live is one of the best sports broadcasters in the world and to have been part of its Saturday line up has been a proud achievement.

“I’m excited for the next chapter. I’ve got some exciting plans which will be revealed soon. As one of my favourite artists would say… let’s push things forward.”

Scott and Chris’s last show on Radio 1 will be on Thursday 25 August and they will also be leaving BBC Radio 5 Live, where they currently present the weekly 9-11am programme on Saturday mornings. They will present their last show on the network on Saturday 20 August.