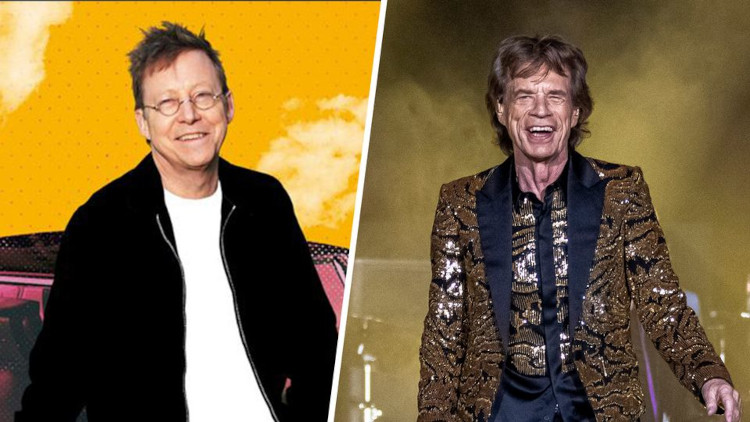 In the chat which aired yesterday, Mick shared how was approached by Emmy award winning composer Daniel Pemberton to write the song.

“Daniel Pemberton who wrote all the music for the series, sent me an email,” Mick explained, “I didn’t know him. I mean I knew of him because he’s been, you know, up for so many awards and things. He’s written good stuff, but I didn’t know him personally.”

The pair did get to know each other better due to having to work on the soundtrack together. Mick told Simon: “It was quite an enjoyable experience just writing something that was specific, you know, for a certain purpose, rather than just writing a song that you might sit down at home and write whatever you’re feeling at the time or your inner emotions or whatever. This is about something specific; specific characters and situations and so on. so, it’s a different kind of song writing.”

Simon asked Mick about working with the late Chadwick Boseman on the James Brown biopic Get On Up. “It was really, really tragic, his early death,” he shared, “Because he was, you know, he was just…such an amazing actor and an amazing guy; such a kind-hearted, brilliant guy. Great actor such a shame that he died so young. I mean, he could have gone on to make, you know, such a huge career. It’s just very, very sad.”

The rockstar also expressed excitement about his upcoming European tour: “We did a US tour last year and…you know, people hadn’t been out for a long time and, and they were…are very pleased to get out and there’s a lot of big tours out this year all over Europe. So, we’re, you know, very glad to be part of it all and we’ll certainly enjoy playing Hyde Park. It was such a great gig the last time we did it, if the weather is as good as it was last time, it’ll be great,” Mick said.