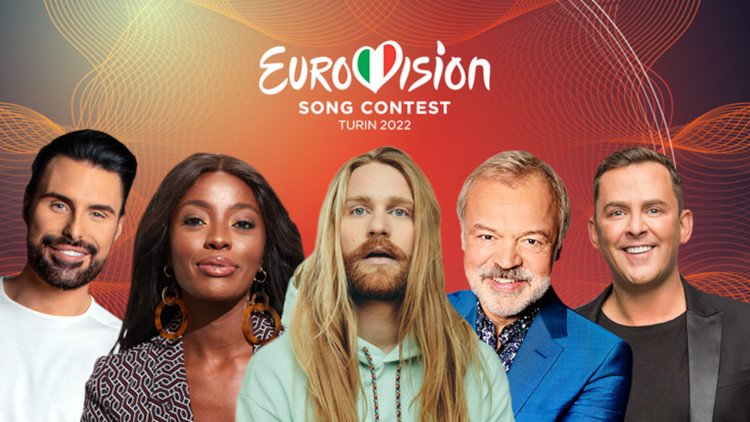 BBC Radio 2 is the home of Eurovision 2022 on UK radio as shows across the station will be building up to the live Eurovision Grand Final hosted by Ken Bruce.

Ken will be broadcasting from Turin, introducing the 66th Eurovision Song Contest and bringing listeners each country’s performance.

Sam Ryder is the UK entry, with his song, SPACE MAN.  And in what has now become a touching tradition, Ken will be toasting Sir Terry Wogan before contestant number nine’s performance (from 8pm until the end of the final, Saturday 14 May).

After viewers have cast their votes, each national spokesperson from the 40 participating countries will present the points of their professional jury live to the world. AJ Odudu will be the United Kingdom’s spokesperson, delivering the all-important results live from Salford for the first time.

Ken says: “I can’t quite believe this will be my 34th time presenting Eurovision, and I’m thrilled that this year I’ll be able to once again make the trip to see the final live in the host country, Italy, having had to cover it from a Wogan House studio in 2022. Turin, I can’t wait to be there! And of course huge luck to the UK’s entry, Sam Ryder with SPACE MAN.”

All of Radio 2’s pre-recorded specials will be available exclusively on BBC Sounds from 30 April as part of the ‘Celebrating Eurovision’ season.

Special Eurovision programmes to air on Radio 2 are as follow:

Sam who is representing the UK at this year’s Eurovision Song Contest chats with Ken Bruce about his picks for Tracks Of My Years.

Following Italy’s Eurovision success last year, Jack Savoretti journeys into their music scene past and present, feasting on their colourful offerings to the ‘food of love’.

Bravissimo – The Year Italy Won Everything (2-3am)

Giovanni Pernice – the professional dance partner of the Strictly Glitter Ball 2021 winner, Rose Ayling-Ellis, celebrates Italy’s achievements last year by reliving some of the achievements of the entertainers, sports people, musicians and even bakers from the land that gave us the finest art and architecture, fashion and film.

To kick off the Eurovision weekend on Radio 2, the Breakfast Show with Zoe Ball will be in London and Richie Anderson in Turin. Richie will be on the streets of this year’s host city, meeting Eurovision superfans from all over Europe.

Michelle Visage counts down the Top 50 Most Streamed Eurovision tracks as compiled by The Official Charts Company.

Rylan and Scott are live from the Eurovision song contest in Turin.  Richie Anderson is on the road to give listeners a flavour from the Italian streets and there’ll be some special guests too.

Ken Bruce introduces the 66th Eurovision Song Contest live from the PalaOlimpico in Turin. He’ll be joined by broadcaster, journalist and Eurovision guru, Paddy O’Connell, to share the latest news from backstage and his predictions for the big winners of the night.

The results might be in, and the show is over, but the party continues with OJ Borg who will be playing the hits of Eurovision past and present.

Laura Busson, Radio 2 Commissioning Executive, said: “As the radio home of Eurovision in the UK, BBC Radio 2 has a schedule packed with Eurovision delights with programmes across the network and on BBC Sounds building up the excitement alongside our listeners as we head towards the Grand Final. And Ken Bruce is master of all the proceedings on the night, live from Turin.”