“I became one of the greatest bum wipers who ever lived” Michael Bublé tells Magic Breakfast! 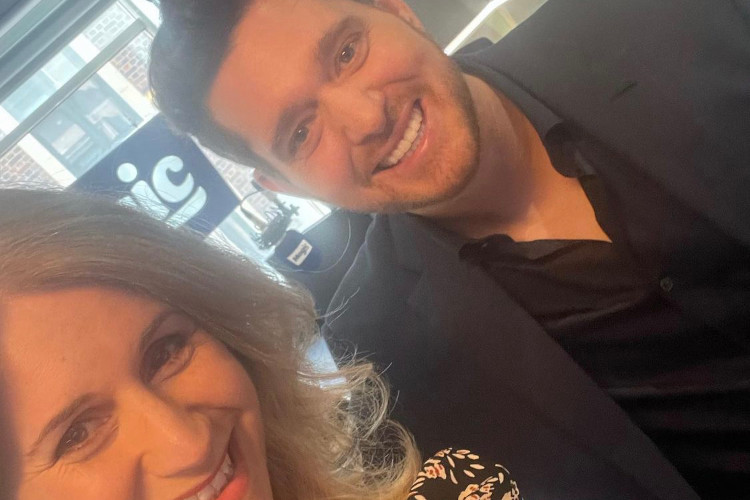 Canadian Superstar and four-time Grammy winner Michael Bublé joined Magic Radio Breakfast Presenter Harriet Scott to talk about his new album Higher, to celebrate Elton John’s birthday and about being home with his family during the pandemic.

Speaking about his relationship with Elton John, Michael called him ‘a beautiful man’ and revealed that when his oldest son Noah was battling liver cancer Elton would always check up on him and Noah: “I didn’t know him and he called me every single Sunday,” Michael recalled, “Every single Sunday he would call to tell me that him and David were praying for me and that they loved us and would send toys. That’s who he is, that’s who he really is, so Happy Birthday Sir Elton, thank you.”

To mark the coming of their fourth child and to declare his love for his wife, Bublé told Harriet he marked the occasion with the music video of his song ‘I’ll Never Not Love You’, speaking about it he said: “She is my best friend…so 14 years ago, I wrote ‘Haven’t Met You Yet’ for my wife, I asked her to be in the video…here we are 14 years later and I got to make the sequel which nobody knew before they saw the video. It was the sequel, and of course the easter egg is at the end. It was our way of telling people that we are expecting another.”

The singer also talked about how he balances a busy working life with his family. When he’s away he stays in touch by Zoom, he said: “You know what the best ever is, we put the computer on, and we go to sleep together, and my kids are really worried that somehow, we’ll disconnect them later, or I’ll hang up, but I don’t. There’s something really cosy about…it is tough to be away from them especially at this age.”

As for during the pandemic, Michael revealed: “I mean obviously I hurt for a lot of vulnerable people. But for me…I didn’t miss anything. I didn’t miss a birthday, or a first word or a walk or any of that…I became probably one of the greatest bum wipers who ever lived!”