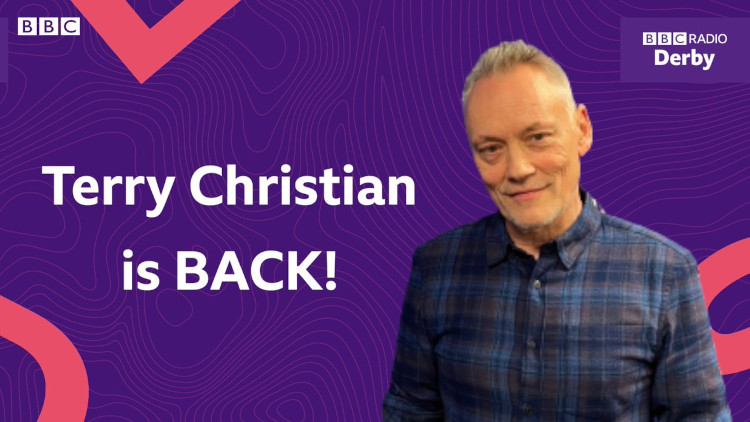 Broadcaster Terry Christian is returning to BBC Radio Derby to present an anniversary series of Barbed Wireless, 40 years after it was launched.

The programme was aimed at a youth audience and won two Sony Radio Academy Awards in the Best Specialist Music category in consecutive years. It connected the musical dots between rock, reggae, soul and funk held together by ‘a fresh-faced young man who’d been plucked from the dole queue in Manchester’.

Christian presented the show until 1988 when he returned to Manchester to host evenings on Key 103, two years before Channel 4 signed him to host The Word.

He has worked on many radio stations during his broadcasting career, including BBC Radio 4, BBC Radio 6 Music, talkSPORT, Century, Key 103, Signal and BBC Radio Manchester.

The special anniversary shows will air on BBC Radio Derby each weeknight next week from 9pm till 10pm. Terry will play records from his own collection as well as featuring interviews with members of the Barbed Wireless team from the time, and some other high-profile guests, including Mike Scott from the Waterboys and Jo Callis of Human League.

Terry says: “Barbed Wireless came about as a music magazine show … to this day I think it is the thing I’ve enjoyed the most. I’m very proud to have been many people’s starting point in their media career.”

When asked if it was a difficult decision to return to Radio Derby, Terry said: “I’d have asked you…I’ve really missed doing radio…”

“Award-winning and ground-breaking, the show was ahead of its time because it was a platform for new music and new voices. There are so many Derbyshire people who Terry built a connection with that I know he’ll be very much welcomed back.

“And those listening to Terry for the first time will be introduced to his musical expertise and charismatic personality.”

1️⃣ Forty years ago BBC Radio Derby changed the face of youth programming – and with it launched Terry Christian 📻 pic.twitter.com/APpKVws87N