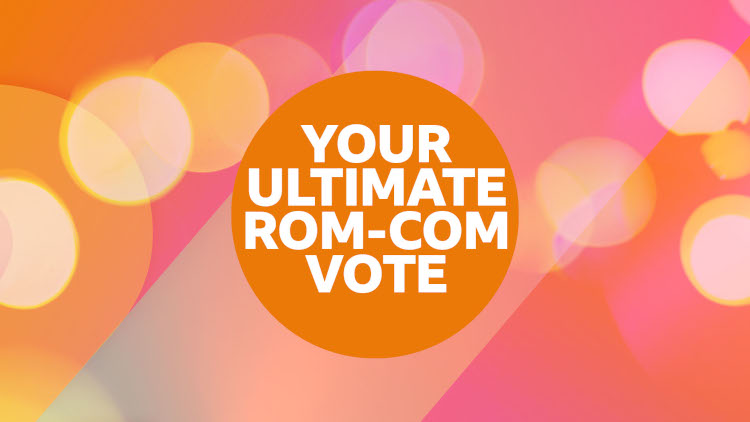 BBC Radio 2 wants to know Your Ultimate Rom-Com, so has opened a listener vote for you to have your say.

Earlier, in Jo Whiley’s show with Will Young sitting in, Radio 2’s resident movie critic James King unveiled the list of his favourite romantic comedies. The most popular film as voted for by listeners will be revealed just in time for Valentine’s Day.

From Richard Curtis to Richard Gere and from Doris Day to Dustin Hoffman, James’ handpicked shortlist takes in more than 80 years of classic, feel-good, romance-filled films. It’s up to listeners to decide which is the nation’s favourite.

James King says: “Rom-Coms come in all shapes and sizes but they nearly all have one thing in common: an utter belief in true love.  Boundaries such as class or culture, politics or personality, are swept away in pursuit of a happy-ever-after.

“Predictable? Sometimes.  But there’s something so comforting about rom-coms too – a flash of optimism that points to a more hopeful world.  So do place your vote to let Radio 2 know YOUR favourite rom-com of all time!”

Laura Busson, Commissioning Executive for Radio 2, added: “Radio 2 features some of the biggest movie stars across our schedule, so we’re delighted to be launching this vote to find our listeners’ favourite rom-com and share the feel-good vibes that come from this much-loved genre.”

The top 20 to 11 films will be announced across Sunday 13 February during Steve Wright’s Love Songs, The Michael Ball Show, Elaine Paige on Sunday and Paul O’Grady shows.

James will count down the Top 10 in Your Ultimate Rom-Com between 9-10pm, revealing the winning film at the end of the show. He’ll hear from listeners who voted, and special guests connected to the films together with star-studded interviews from the BBC archives. He’ll be celebrating these classic movies by discovering the story behind these great rom-coms and finding out what makes them so special and much-loved.

Your Ultimate Rom-Com show will be available first on BBC Sounds.