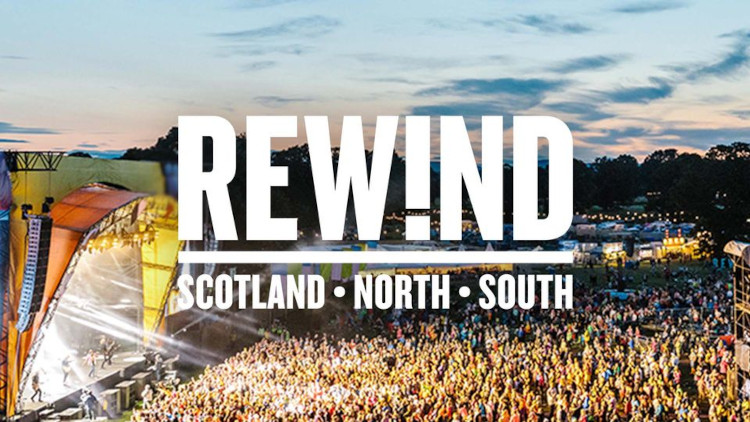 The line-up for the Rewind Festival 2022 was revealed on Greatest Hits Radio earlier, as the station is official broadcast partner of the event this year.

Breakfast host Rossie revealed this year’s line-up for the North, South and Scotland events on his show this morning. He announced that Holly Johnson, Human League, Wet Wet Wet, Bananarama, Midge Ure, Level 42, Billy Ocean and Kim Wilde are just some of the acts to perform, alongside the station’s Martin Kemp and Pat Sharp.

Greatest Hits Radio will produce special programming in the run-up to the event, as well broadcasting content from the sites including interviews with the artists.

“With our very own Martin Kemp and Pat Sharp already on site, our team will be there across all three exciting events, bringing our 80s music-loving audience exclusive access, as well as being the first to share exciting announcements in the lead-up.”

Steve Porter, Executive Producer, Rewind Festivals added: “At Rewind HQ we strive to bring the best weekend for our audiences across the UK, with a cracking line-up, camping and Glamping (and not much sleeping!) great food and bars, silent disco, inflatable church and loads of entertainment long into the night.

“One thing that we had been missing is a brilliant national radio partner and we are therefore delighted to be joining forces with Greatest Hits Radio.  They have the same ethos as us in presenting the best they can to their audiences, and we can’t wait to work with them in building something special for this year and beyond.” 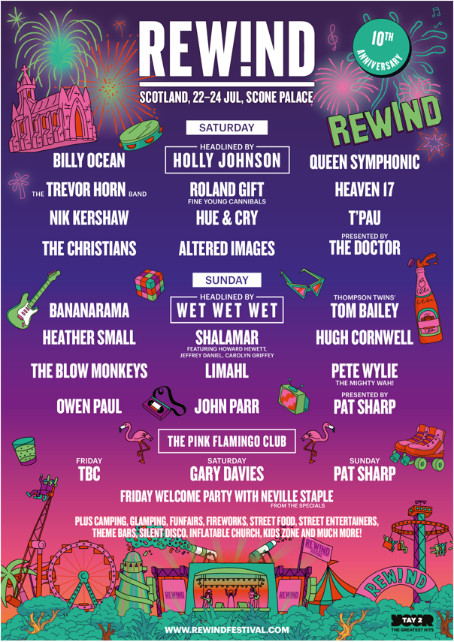 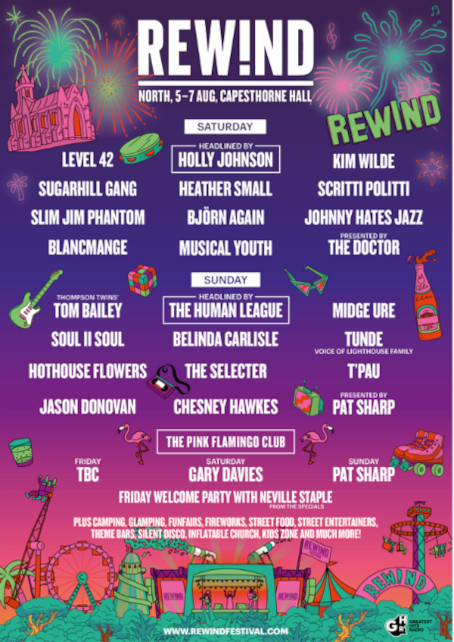 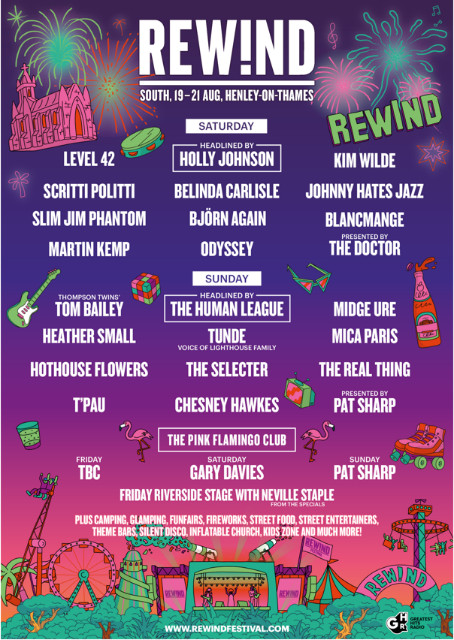