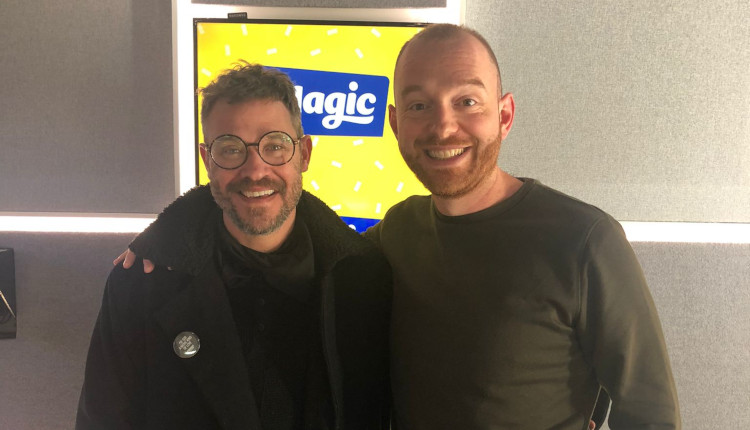 Will Young joined Magic Radio presenter Tom Price on his show at the weekend to talk about his new album ‘Crying on the Bathroom Floor’ which features cover songs from only female artists.

Joining Tom for his regular show feature ‘The School Disco’ the singer chatted about his new album, admitting he wasn’t sure how it would be taken by fans of the artists he covered: “I really didn’t expect it to go as well as it has done, and I think that’s in part because I wrote to all the artists thanking them.

“I think that made a big difference. I actually think I might do some more versions, like more albums of women’s songs. It has gone down so well. So, I think I will do some more throughout the years. It is my version of Rod Stewart’s American Song Book. I think it is one of my best albums.”

Will also went onto to reveal he has some new projects in the pipeline, including a new book and podcast around wellbeing, which he is hoping to have available in the New Year.

“I have been writing this wellbeing book, an A-Z of wellbeing because I have had a lot of therapy and I have a black book of brilliant therapists, and I am starting a podcast,” Will told Tom. “I probably shouldn’t be talking about it now but I am starting a podcast next year which is all about wellbeing. The rule is I don’t interview famous people. I interview experts and I have interviewed some amazing people. I think it will come out in January or February, if I get my act together.”

Alongside writing, singing and presenting the Pop Idol winner is also keen to get back acting again and currently has a few projects in his diary for the future. “I was in LA at the beginning of Covid, I went for a break, but I ended up doing quite a big audition,” commented Will, who also revealed that when in LA he used to pretend he had a very different type of job.

“I used to tell people I was a very successful organic farmer,” he said, “I remember going to LA once, I arrived late in the evening, and I was in this hotel, and there was Demi Moore, Bruce Willis and Ashton Kutcher.

“It was Demi Moore’s and Bruce Willis’s daughter’s birthday. She came to sit next to me, I was having a cigarette by the swimming pool, and she said, ‘what do you do?’ and because literally everyone is an actor or a singer, I thought I’m just not going to say that, so I said I am a very successful organic pig farmer. And she said where do you sell your sausages? and I said in Harrods… She was very sweet.”