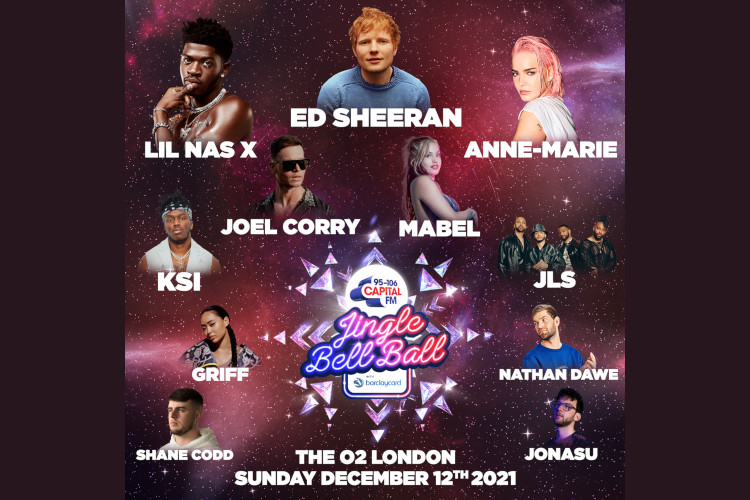 Four-time GRAMMY Award-winning and six-time BRIT Award-winning artist Ed Sheeran is one of the biggest stars on the planet who has sold over 45 million albums and 150 million singles world-wide. He recently celebrated his 14th UK no.1 on The Official Big Top 40 with monster hit ‘Shivers’.

Global phenomenon and GRAMMY Award-winning artist Lil Nas X will be making his debut at Capital’s Jingle Bell Ball in what will be a UK exclusive and the only chance fans will have to see him perform live in the UK this year.

Tickets go on general sale at 9am tomorrow exclusively on GlobalPlayer. Capital VIPs and Barclaycard customers have early access to tickets via an exclusive pre-sale from today.

Ashley Tabor-King OBE, Founder & Executive President of Global, said: “Today we revealed that a star-studded line-up of the world’s biggest hit music artists will play night two of Capital’s Jingle Bell Ball with Barclaycard and what a show we have lined-up for Capital listeners! The countdown to Christmas is officially on!”