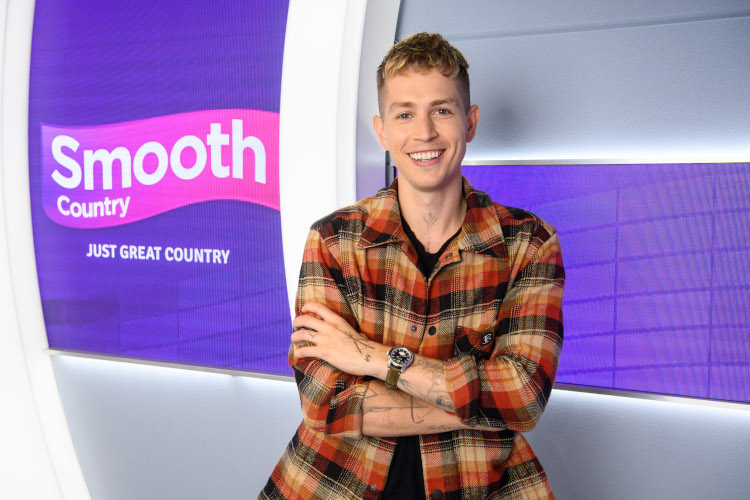 The A-Z of Country Music with James McVey will be broadcast on Smooth Country from Monday 18 to Friday 22 October, 9-10pm.

A country music superfan and member of the band The Vamps, earlier this year, James announced that it was his dream to be a presenter on Smooth Country one day.

His campaign on social media and on television to host his own show worked, with James joining the station’s line-up next week.

Across the five nights in The A-Z of Country Music, James will feature country legends such as Dolly Parton, Taylor Swift, Garth Brooks and Johnny Cash. He will also cover the music of line dancing and the evolution of the genre from the rockabilly sound of the ‘50s to the ‘Bro Country’ phase in the early 2010s.

Speaking about his new show, James said: “I’m over the moon to be joining Smooth Country to present The A-Z of Country Music. For me, country has always been the backbone of my songwriting, the core of my playlists and my absolute favourite genre to watch live.

“I’ve been a fan of country for 15 years, but my passion exploded after Taylor Swift sent me a collection of her favourite songs in 2014. I’m really looking forward to playing some of my favourite songs on air, but also excited to hopefully share a few anecdotes from my time with The Vamps.”

Sally Ardis, Smooth Radio’s managing editor, said: “An award-winning musician and songwriter in his own right, James is also a huge fan of Smooth Country.

“After seeing his campaign to become a presenter on our station, we are really excited to give him his own show. With a huge passion for the music we play, coupled with his infectious personality, he’s the perfect fit.

“I know that he will be a hit with our listeners, as well as introducing some brand-new fans to the music, so we are thrilled to welcome him to the Smooth family.”

I am SO excited to announce I am joining the @smoothcountry family, presenting an exclusive 5 part series next week, Monday-Friday. Join me at 9pm where I’ll be taking you through the ‘A-Z of Country Music’. This is a dream come true. pic.twitter.com/wrqwp4wIEe