Nile Rodgers speaks about his career on Greatest Hits Radio 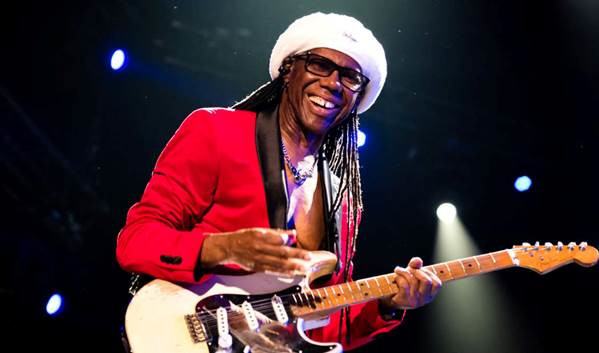 Legendary musician Nile Rodgers joins Des Paul on Greatest Hits Radio this evening (Wednesday 6 October) for Back To My Roots – a new documentary series exploring the influence of black music artists on the greatest hits of the last 50 years.

Going back to the roots of black music, the series explores just how powerful it is while asking if it has changed the way we look at the world today.

Nile Rodgers is one of the pioneers, a man who brought black music to the world with his work with Chic and Sister Sledge and then took these influences into pop music, working with people such as David Bowie, Madonna, Luther Vandross, Duran Duran and many more.

During the interview he tells how he got started as a studio musician, explaining how he and his fellow musicians were treated. He says that they would walk into the studio and the composer or producer would have the sheet music and they have to learn it right there on the spot.

“We didn’t hear it the day before. We thought that because we were playing and participating in so many records that seemed to be successful, that was the way to do it,” he explains. “Look we have to be very, very honest. In America black record deals were nowhere near on the level of white record deals. So we didn’t have as much money… we didn’t know any other way.”

Working with Sister Sledge helped pave the way for black artists, Nile believes. He’s been a friend of Kathy Sledge since she was 16 years old, he says: “She was very, very religious and we had written lyrics that were of the time, for them. They didn’t even know what we were talking about when we wrote the lyric ‘Halston, Gucci, Fiorucci’.

“First time anybody had ever name checked fashion designers. Now in black music and pop music you can’t listen to a record without them saying ‘Lamborghini’ this and that. We did it one time! Once! Now it’s a thing.”

Nile says they wanted Sister Sledge to be part of the new black movement, which was called the Buppie movement, the black urban professions. “We wanted Chic and Sister Sledge and everybody who was attached to us to be a part of that movement,” he adds.

When asked if he believed he achieved what he wanted to achieve in bringing black music to the world, he says that back then they were idealistic and thought they were “getting there” but now he thinks it’s clear they did not get there. He says the world is more divided now than it was then.

You’ll also hear Nile talking about how tough life was for him in the early days. “Our lives were hard. When I left home, I actually slept on the subway I was homeless for quite some time. I was taken in by an American heiress,” he reveals. “She let me sleep on her coach.  I was in the street. I remember reading her book, she says I met this really interesting kid, Nile Rodgers. He was smart. A nice guy. A good musician. I let him lay on my coach until he could stand on his feet.”

You can hear the interview in full on Greatest Hits Radio tonight at 7pm and it will be repeated this Sunday 10 October at 9pm.