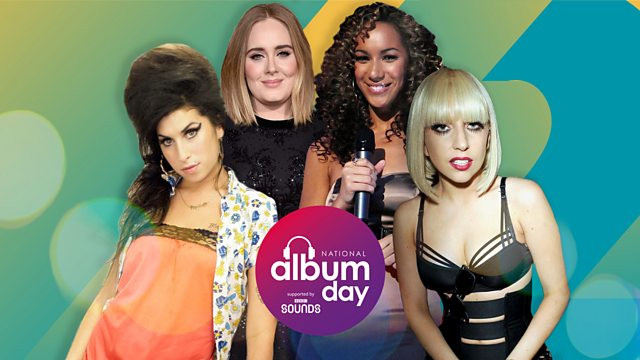 Adele’s album 21 has been named as the biggest selling UK album of all time in BBC Radio 2’s Official All-time Female Artist Chart which was broadcast today.

The chart of the Top 30 best-selling albums by women are based on UK sales and downloads as compiled by The Official Charts Company.

Jo Whiley announced the results in a Top 30 countdown on BBC Radio 2 and BBC Sounds this afternoon (Saturday 16th October, 1-3pm) as part of the station’s celebrations for National Album Day, which this year has the theme Women In Music.

Jo Whiley said: “Adele has enchanted us from the very beginning with her voice, her songs and her personality. When she writes, she writes from the heart and that’s why her music resonates with so many people.

“She tells it like it is, whether onstage to thousands of people at Glastonbury or through the songs on her albums, and that’s why she is so loved and a global superstar. She sings it like she means it – because she does.

“She also has a phenomenal voice and hasn’t changed from the very first Live Lounge I did with her at Radio 1 to when I spoke to her just before she headlined Glasto. Always honest, down to earth, a superstar and very very funny.”

Laura Busson, Commissioning Executive for Radio 2, said: “Radio 2 is proud to support National Album Day by celebrating this year’s theme of Women in Music playing tracks from female artists all day. The Top 30 chart is a wonderful reminder of the incredible contribution women have made – and continue to make – to the music industry, and congratulations to Adele on topping the chart.”

21 was Adele’s second album, released in January 2011. She was inspired to write it following a break-up with a former boyfriend. It followed her debut – called 19 – with all her albums famously named after whatever age she was during their production.

21 is the UK’s fourth best-selling album of all-time, with only Queen’s Greatest Hits, The Beatles’ Sgt. Pepper’s Lonely Hearts Club Band and Abba’s Gold have sold more. It was the longest-running UK No. 1 album for 45 years, spending a total of 23 weeks in the top spot; and was the world’s biggest album for two years running, selling 18 million copies globally in 2011 and 8.3 million the following year.

The first two singles released from it – Rolling In The Deep and Someone Like You – both sold over two million copies, followed by Set Fire To The Rain and Turning Tables / Rumour Has It.

Her latest album, 30, is due to be released soon and the first single, Easy on Me, was released yesterday (Friday 15 October).

The full Top 30 are as follows: