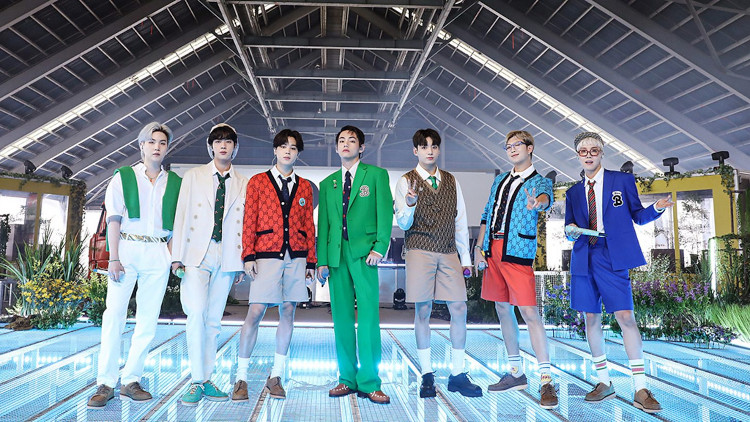 Pop icons BTS are to debut in Radio 1’s Live Lounge and the performance will be filmed for BBC One to explore the bands sensational rise to fame.

BTS @ Radio 1 will be hosted by Radio 1 presenter Adele Roberts, who will delve into the culture and industry that made one of the world’s biggest pop bands.

BTS’ Radio 1 journey began in 2017 with their first ever play on the station, which resulted in fans from across the globe sharing an overwhelming amount of support and excitement.

In this documentary, Adele will relive this moment and her trip to Seoul in 2018 where she met BTS’ choreographer, the minister for K-pop and the fanbase known as the ARMY.

Adele will also reconnect with the band in an exclusive interview ahead of their debut in the Radio 1 Live Lounge, where they’ll be performing award-winning hit Dynamite, new single Permission to Dance and a special cover of Puff Daddy and Faith Evans’ ‘I’ll Be Missing You’ that samples The Police’s ‘Every Breath You Take’ from South Korea.

Adele Roberts says: “I am so happy for BTS fans worldwide especially our very own UK Army. They have been so passionate, so supportive and have hoped for a Radio 1 Live Lounge since the first time we played the band.

“Four years later, BTS have broken records, barriers & boundaries. That dream is now going to be a reality. I’m beyond excited for us to finally be hosting the biggest boy band in the world!”

BTS @ Radio 1 will broadcast on Wednesday 28 July at 10.35pm and will also be available to watch on BBC iPlayer.