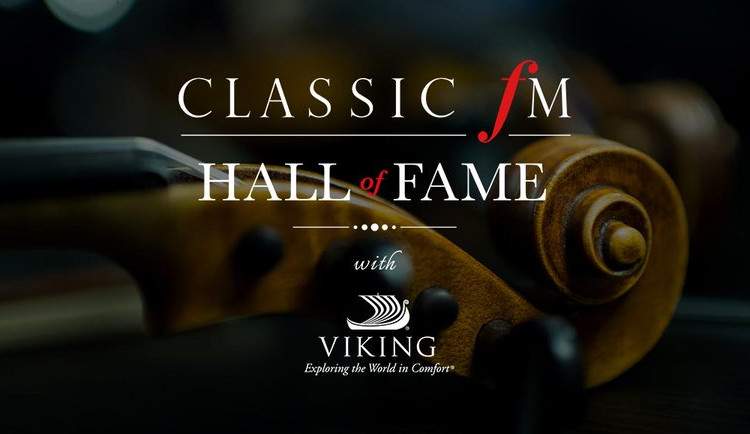 With the nation finding a new love of watching movies during lockdown, the popularity of film scores is at an all-time high according to the Classic FM Hall of Fame.

Listeners cast more than 156,000 votes in this year’s chart – the highest number in six years. With 48 new or re-entries, the 2021 Hall of Fame also represents some of the biggest changes in the countdown for more than 15 years.

Most notably, it’s another record year for movie music, with 34 film scores appearing in the chart – 11% of the total music – and up from a record 28 entries last year. This compares to the first ever Classic FM Hall of Fame, exactly 25 years ago, when there were just two film entries.

At number 16, the most popular film score is John Williams’ haunting soundtrack to Schindler’s List, the fourth consecutive year it has held this accolade. Williams, the man behind such iconic movie themes as Star Wars (number 38), Harry Potter (47), Jurassic Park (66) and Indiana Jones (105), also reclaims the title as the most popular living composer, with nine entries.

2021 has seen the best ever results for other film composers, including Hans Zimmer (Gladiator, 35, and Inception, 116) and John Barry (Dances with Wolves, 95, and Out of Africa, 128). Both composers have five pieces each in the Classic FM Hall of Fame – their highest ever. They include new entries for Zimmer with The Lion King, Interstellar, The Da Vinci Code and Dunkirk and for Barry with On Her Majesty’s Secret Service and Eternal Echoes.

The Lark Ascending by Ralph Vaughan Williams is the number one piece of classical music for the third time-in-a-row and a record 11th time in the chart’s 26-year history. Inspired by a poem about a skylark and epitomising a sense of freedom, 2021 marks the 100th anniversary of its orchestral premiere.

Mozart is the most popular composer, with 16 entries. By contrast and after the 250th anniversary of his birth last year, Beethoven has had his worst year on record, down to 12 entries, which puts him in joint second place with Bach. However, Beethoven has five pieces in the top 20, which is more than any other composer.

Composer and conductor Debbie Wiseman OBE becomes the most popular living British composer for the first time, with four pieces in the chart, including two new entries – The Mythos Suite and Wolf Hall.

As a writer of new and popular classical music for our time, Wiseman has enjoyed recent success with her album The Glorious Garden (up 143 places to number 48), which celebrates the great outdoors, as well as composing her 2020 work, Together, written for those at home or self-isolating during lockdown. She will present a new series on Classic FM later this month to celebrate Royal music, called Music for Monarchy, ahead of her new album, The Music of Kings & Queens, in June. 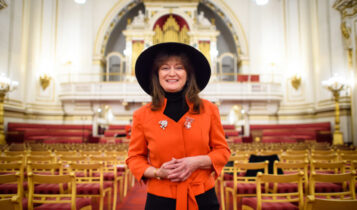 Debbie Wiseman OBE said: “I’m completely blown away by the results. Thank you so much to everyone who voted for me and supported my music. It’s very gratifying to know that alongside all those wonderful works by the truly great composers, there is a place in the hearts of the public for new music, whether written for film, TV or the concert hall.”

The highest climber in this year’s chart is the soundtrack to the video game series Kingdom Hearts by the Japanese composer and pianist Yoko Shimomura, whom also had a new entry with Final Fantasy XV. Climbing 159 places to number 86, Kingdom Hearts is the highest placed video game score this year.

Among the other 48 new and re-entries are Samuel Coleridge-Taylor’s arrangement of Deep River, War Song by the Scottish composer Phamie Gow, Elmer Bernstein’s scores for The Magnificent Seven and To Kill a Mockingbird, as well as Eimear Quinn’s In Paradisum.

Classic FM presenter John Suchet, who announced the number one just before 9pm, said: “Ever since we launched the Classic FM Hall of Fame 25 years ago, it has given us an unrivalled insight into the nation’s evolving tastes in classical music.

“After the year that we’ve all experienced, with many of us watching more films at home than ever before, it is perhaps no surprise that movie music is at a record high, representing 11% of the total chart.

“It is also clear that alongside the all-time favourites, there is a growing popularity of new classical music for film, television, video games and concerts – and with it, a new and younger audience. As a station which believes that classical music is for everyone, regardless of your age or background, this is music to our ears.”